What fiction most influenced your childhood and your writing today? by Donna Galanti 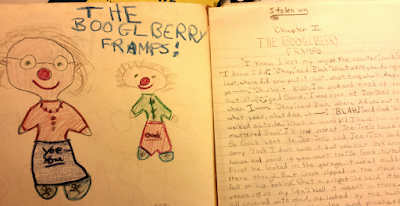 My love for writing and reading went hand in hand ever since I was a little girl. I began writing plays and acting them out with the neighborhood kids when I was seven years old. My first play was a murder mystery (no surprise!). At the time, I lived in England, where I attended a Harry Potter-like castle school. 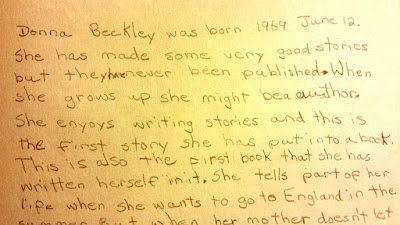 Progressing from plays to stories, my first short story was about a flying ship, wizards, and Dodo birds. I even put in writing (in the “author’s bio” at the end of my story) that I wanted to be an author when I grew up. 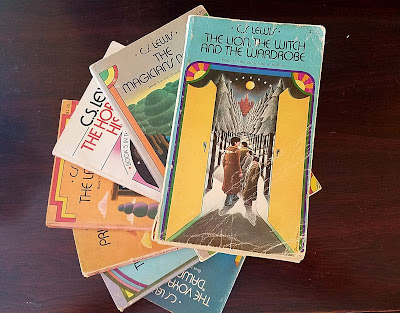 At that same time, I vividly recall the first book I fell in love with: The Lion, the Witch and the Wardrobe by C.S. Lewis. I read the entire Narnia Chronicles in my very-British school, curled up in a nook in my itchy gray and pink woolen school uniform as you can see (bowler hat and tie included!). 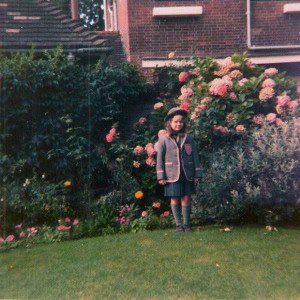 For a time, I would sneak into people’s coat closets when visiting with my parents, hoping to find a Narnia world on the other side. I would huddle in the dark beneath winter coats in hall closets, imagining myself sent to an older world long gone as I hid among musty wool. If I sat long enough would I be transported there? 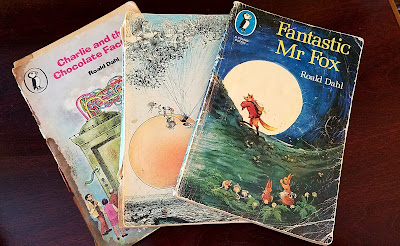 After that I gobbled up all of Roald Dahl’s books and especially loved Fantastic Mr. Fox and Charlie and the Chocolate Factory. The tooth fairy brought his books. I still have them all. 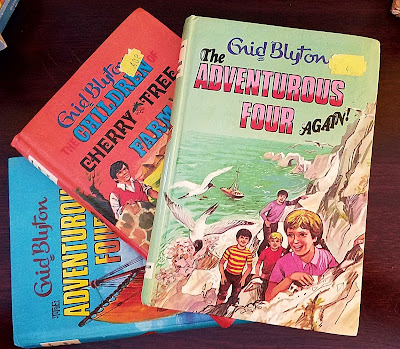 I went on real life adventures with Enid Blyton's the Adventurous Four gang. As an only child, it was like having brothers and sisters to join in with. They made me feel less lonely as we explored our world from the sea to the farm. Then it was on to The Phantom Tollbooth and I was a little boy named Milo traveling into The Lands Beyond. 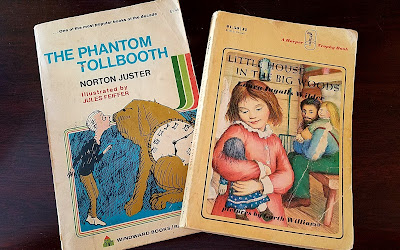 After England, we moved to rural New Hampshire where my parents owned and operated a campground and along came Laura Ingalls Wilder’s the Little House Books. We had barns and hogs and chickens, and how I loved gathering the rotten apples in the orchards to feed the hogs. My mom even made me a prairie dress outfit. I so wanted to be Laura! 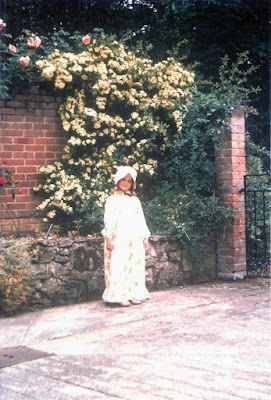 One fall day we rounded up the hogs for slaughter and I dreamt of blowing up the pig’s bladder like a balloon and tossing it about and roasting the pig’s tail – just like Laura did! Although, my mother was not so thrilled with scooping out the eyes to make head cheese as Mrs. Ingalls did! 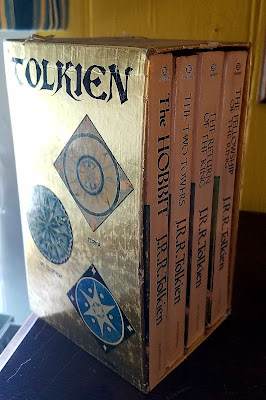 When I became a teenager, J.R.R. Tolkien’s The Hobbit and Lord of the Rings came into my life and I was swept away to Middle Earth. One Halloween at school I even dressed up as Aragorn (what I envisioned he looked like at the time long before the movies) and of course no one knew who I was in my cloak, boots, and dirt-grimed face.

As a child, fantasy was my reality. I read fantasy then and created fantasy worlds in my imagination to live out my favorite books, so it’s no surprise that I write fantasy! From that first story about a flying ship to my most recent book, Joshua and the Arrow Realm, fantasy has always claimed me.

My son has a love for fantasy too, sucking up the Charlie Bone books by Jenny Nimmo (“The best author EVER Mom!” So, he was thrilled when she blurbed my first book, Joshua and the Lightning Road). When my son was younger, he loved to create his own fantasy worlds by extending his dreams. He would wake up and play with his cars and character figures to bring his dream to life again. He kept the story going because he was sad he woke up and it had ended. He found a way to keep it going.

When I was a little girl the woods were my playground. Growing up on a mountain as an only child after we moved to New York, I spent much of my time roaming the forest with my notebook in hand, putting stories on the page in hidden glens and the nooks of trees (and acting them out when no one was around).
My love of the woods and fantasy both fueled the wooded world of Joshua and the Arrow Realm, where Joshua must survive the hunt and discovers a hidden tree world of other kids.

I wish there was a closet I could huddle in now to travel to my favorite made-up worlds, but my imagination must do. I have all my childhood books on my shelves and know I can visit them anytime. And I don't even need a closet to get there.

What fiction fueled your fantasy world as a child and if you write, does it enrich your stories today? Do you still re-read your favorite books from childhood like me?
Posted by DonnaGalanti at 3/23/2017