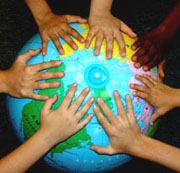 I have been doing classroom visits at several school here in Cairo, Egypt. While I feel flattered that all the schools in town are so excited to have me, I know that many had visiting authors cancel because of the civil unrest. With all the, well, mayhem, it’s still safer than West Baltimore at night. When we’re in the US, either in Baltimore where we still have a home, or in Boston, New York, or California where we have family, freedom is curtailed by dangerous streets. In Cairo, the idea of ‘dangerous streets’ refers to heavy signal-free traffic (there are no lights or stop signs) and giant plates of bread precariously balanced on the heads of moped riders. My kids cruise all over the neighborhood in taxis and walk home after dark. In general, Egyptians are kind and friendly. We have never felt the kind of worry that we have felt in large American cities. Things are somewhat different since the revolution, but overall, we still feel this way. There are people taking advantage of the fact there is no real government, but could you imagine what a year without police and leaders would look like in the US? Still, I understand why some people opted not to come as a visiting authors. I suppose it’s the devil you know.
That said, with all these school visits, I’ve gotten to sign lots of books. But mostly, I’ve gotten to talk to kids. These are kids from all over the world who are living in a different country. Or kids from that country who are going to a school full of kids from everywhere else. We call kids who live in a community of expats who don’t live in their own culture ‘Third Culture kids.’ They create a culture that is not integrated fully into the native culture, nor is it a culture on its home turf. For the most part, these kids are poised and engaged. They are all diplomats in a very real way. Some of them have never lived in their native lands, but still identify with them, if from afar.
Another thing about these kids… they read. They read like kids read everywhere, although they tend to travel more so there are more opportunities to be stuck somewhere that has no internet so they are captive readers. And what do they read? They read what everyone their age reads! Rick Riordan, Garth Nix, J K Rowling, and some of us at Project MG Mayhem, too. They are thrilled to meet authors and talk about books. And they are excited to read something new. 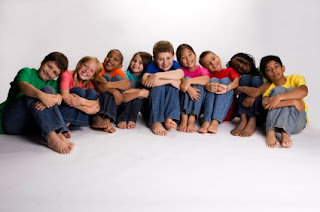 I thought that perhaps because they are always experiencing something new- they move around and new people are always arriving at the school- they are more open to reading new things and not just what everyone else is reading. But thinking of class visits in the US, I realize that kids are psyched to read a book they can connect with a face. So what is different about the readers in far off lands? What is different about third culture kids? As far as I can tell, the difference is that they have a harder time getting their hands on books and fewer people come to visit.
Third-Culture kids are often more aware of the world. They might live in third-world countries that affect the way they think of the planet. Third Culture kids might speak or understand more languages and have eaten more strange and wonderful things. But as readers, they are like kids anywhere. They want to be engaged. They want to have fun. They want to read adventures and mysteries and get lost in a good book. Sometimes that book will get them through a war or an evacuation or a separation from their family. However global-minded they are, however poised, wherever they find themselves ambassadors of youth culture, these kids want good books, just like the kid next door.
Thanks for reading, everyone!
Eden
Posted by Hilary Wagner at 3/07/2012