It Was a Dark and Stormy Night… 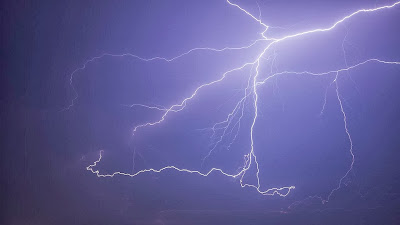 The deadline is fast approaching for one of my favorite writing contests of all time—the annual Bulwer-Lytton Fiction Contest. You all know who Edward George Bulwer-Lytton is. Yes, you do!! Even if you don't realize you do. Who hasn't heard the famous line, "It was a dark and stormy night"? This is the opening line of Mr. Bulwer-Lytton's 1830 novel, PAUL CLIFFORD. Well, it's actually part of the opening line. The full line is:

"It was a dark and stormy night; the rain fell in torrents—except at occasional intervals, when it was checked by a violent gust of wind which swept up the streets (for it is in London that our scene lies), rattling along the housetops, and fiercely agitating the scanty flame of the lamps that struggled against the darkness."

Somehow, somewhere in time, Mr. Bulwer-Lytton's stormy opener became the poster child for bad, cliched opening lines, a stigma I think is perhaps rather a little unfair, seeing as he also coined the poetic and popular "the pen is mightier than the sword," among other well-known adages. Still, in tribute to Bulwer-Lytton's (in)famous opening sentence, Professor Scott Rice of the San Jose University English Department hosts the annual Bulwer-Lytton Fiction Contest, which the competition's website describes as "a whimsical literary competition that challenges entrants to compose the opening sentence to the worst of all possible novels."

The contest, nearly 30 years running, has produced some absolute whoppers of opening lines. Here's a sampling:


The bone-chilling scream split the warm summer night in two, the first half being before the scream when it was fairly balmy and calm and pleasant for those who hadn't heard the scream at all, but not calm or balmy or even very nice for those who did hear the scream, discounting the little period of time during the actual scream itself when your ears might have been hearing it but your brain wasn't reacting yet to let you know.
--Patricia E. Presutti, Lewiston, New York (1986 Winner)

She wasn't really my type, a hard-looking but untalented reporter from the local cat box liner, but the first second that the third-rate representative of the fourth estate cracked open a new fifth of old Scotch, my sixth sense said seventh heaven was as close as an eighth note from Beethoven's Ninth Symphony, so, nervous as a tenth grader drowning in eleventh-hour cramming for a physics exam, I swept her into my longing arms, and, humming "The Twelfth of Never," I got lucky on Friday the thirteenth.
--Wm. W. "Buddy" Ocheltree, Port Townsend, Washington (1993 Winner)

Paul Revere had just discovered that someone in Boston was a spy for the British, and when he saw the young woman believed to be the spy's girlfriend in an Italian restaurant he said to the waiter, "Hold the spumoni--I'm going to follow the chick an' catch a Tory."
--John L. Ashman, Houston, Texas (1995 Winner)

Through the gathering gloom of a late-October afternoon, along the greasy, cracked paving-stones slick from the sputum of the sky, Stanley Ruddlethorp wearily trudged up the hill from the cemetery where his wife, sister, brother, and three children were all buried, and forced open the door of his decaying house, blissfully unaware of the catastrophe that was soon to devastate his life.
--Dr. David Chuter, Kingston, Surrey, England (1999 Winner)
They had but one last remaining night together, so they embraced each other as tightly as that two-flavor entwined string cheese that is orange and yellowish-white, the orange probably being a bland Cheddar and the white . . . Mozzarella, although it could possibly be Provolone or just plain American, as it really doesn't taste distinctly dissimilar from the orange, yet they would have you believe it does by coloring it differently.
--Mariann Simms, Wetumpka, Alabama (2003 Winner) 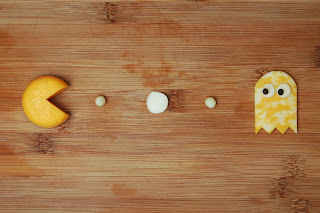 Folks say that if you listen real close at the height of the full moon, when the wind is blown’ off Nantucket Sound from nor’ east and the dogs are howlin’ for no earthly reason, you can hear the awful screams of the crew of the “Ellie May,” a sturdy whaler Captained by John McTavish; for it was on just such a night when the rum was flowin’ and, Davey Jonesw be damned, big John brought his men on deck for the first of several screaming contests.
--David McKenzie, Federal Way, Washington (2009 Winner)

The deadline for entries is April 15, which their website is quick to point out is "a date that Americans associate with painful submissions and making up bad stories." But even if you're not interested in entering, I strongly recommend you spend some time reading over the opening lines of past winners at the contest's website (click on "Lyttony of Grand Prize Winners"), for both a good laugh and some great examples of truly creative writing. Here, too, is the line-up of 2011 winners.

And yes, I suppose there is a lesson in all this, about the importance of a really fabulous opening line. Personally, I love opening lines that grab you in some way, whether they're really gripping, surprising, or raise an intriguing question that compels you to read further for answers. Remember, your opening line sets the tone for everything that follows—the entire book—and it can really grab readers—or really put them off. So, it's probably worth investing a little extra time to make sure it has the desired effect. :)