What was your First Middle Grade Novel? 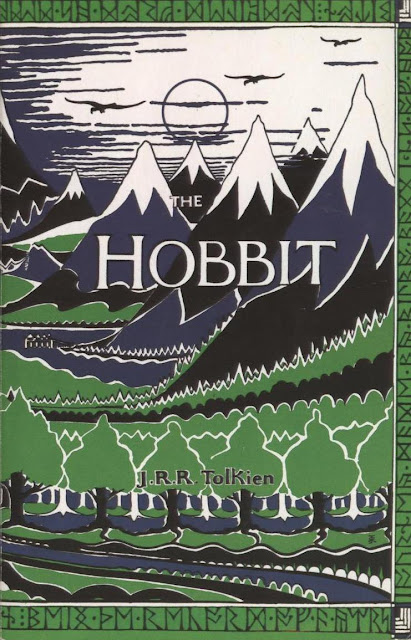 Merry Monday morning, Mayhemers! I know, it's hard to be chipper on a Monday, but I'm here at work, at 6 AM, so I've got little choice. Well, I suppose I could be grumpy, but it's hard enough to make it through the day as is.

Anyway, today I want to talk about what the first book we fell in love with around the age of MG readers (or in my case, a little before, but that's okay). Now, I know, this is a bit of a stretch. There was no such thing as MG or YA when Tolkien wrote The Hobbit, and it's hard to argue it's a Middle Grade novel when the main character is 50 years old in the book (if I remember correctly). But, I think the argument can be made that were The Hobbit written today, someone in one of the Big 6's marketing departments would sell it as a Middle Grade Fantasy.

Now, I could easily be wrong, but I'll try to make an argument for why it might work. For one thing, even though Bilbo is 50 something, he's a Hobbit, and Hobbits, while hale and hardy, and somehow far more resistant to the power of magic rings than men, aren't actually considered adults until they're 33. So a fifty-year-old Hobbit is still somewhat young. And besides, even full grown Hobbits are just cute. They're always sort of roly-poly, optimistic, and clever. They're the perfect characters for young readers to enjoy, even if they do smoke and drink a lot. 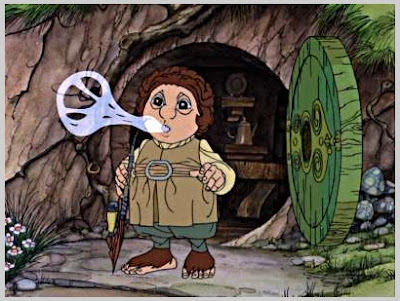 Another thing that I think makes this book one that would fit in well as MG is the plot, and the level of adult content it includes. Which is to say: very little. There is some violence, but it is almost always resolved comically or with a pleasant escape, and there is never any death, unless you count the dragon at the end. Bilbo and his Dwarves escape the trolls when the sun comes up and turns them to stone. They escape the Goblins when the Eagles pluck them from the trees. They escape the Wood Elves by riding barrels down the river. These are all clever ways to get out of danger without including something that would frighten young children. Heck, I read this book in like third grade, and I absolutely fell in love with it. I had the read along graphic novel version that came with a vinyl record you could listen to. 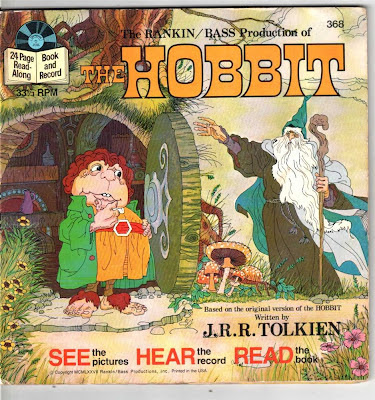 So I could probably go on about this book, and Tolkien, forever, but the point here is that this was the first full length novel I read as a boy, and it engendered my love of reading ever since. It wasn't technically a MG novel at the time, but I think it would fit in on that shelf today, and I have certainly let my kids read it, as young as they wanted to. I can't wait until my nephew is 8 or so, and I can turn him on to Middle Earth as well. Are any of you as excited for the film adaptation as I am? 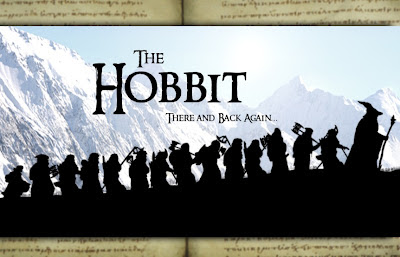 What do you guys think? Have you read The Hobbit? Think it would sell as MG if published today? What MG books first influenced your love of reading?
Posted by Matthew MacNish at 3/26/2012