The Art of Inconsistency 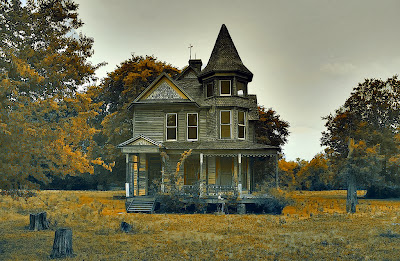 As writers, we hear a lot about the importance of consistency. A character who is cowardly on page 1 shouldn’t suddenly turn into a reckless daredevil on page 30. Or should he? I personally think there’s a lot to be said for inconsistencies. They’re a wonderful way to add richness and dimension to any character. I think they make characters a little more genuine, too. No one is one hundred percent consistent and predictable in everything they do. Even the nicest person in the world has a bad day once in a while or can encounter a situation that pushes them to a breaking point. This is not necessarily a bad thing. If a nice person is being taken advantage of or treated poorly, then perhaps it’s time they did speak up for themselves. Inconsistencies are a great way for a character to grow.

But yes, you have to use them carefully. If inconsistencies are too wild or extreme, or happen too frequently, they don’t come across as natural. (In fact, your character might just seem a little unstable if you get too carried away.) Even when used judiciously, inconsistencies can still feel a little out of place. I’ve found the best way to deal with that is to address them directly in the narrative:

On any other day, Marvin would have never, ever considered venturing into the old abandoned house on Maple Street—especially on a day like today, with dark clouds gathering on the horizon, a sure sign of a storm blowing in. But Emma and Jesse’s laughter still rang sharply in his ears, and he cringed when he thought of the looks on their faces as Brandon had shoved him to the floor outside the cafeteria that afternoon. Again. Wimp, they’d called him, their singsong voices making it into a kind of chant. Teeny-tiny, little scaredy cat wimp.

I’ll show them, he thought, trembling as he climbed the crumbling stone steps leading up to the crooked door. No kid in town has ever been brave enough to set foot inside the old Stallworthy House.

They said the Stallworthys disappeared so suddenly all those years ago, a teakettle was still whistling on the stove when their housekeeper came back from the market, but the family was never seen again. Nothing, not even the shoes in their closets, had been touched.

Maybe some of their old stuff is still inside the house, thought Marvin. If I can grab something to prove I’d been there—an old photograph in a frame or a knickknack off a shelf—no one would laugh. No, they’d never be able to call me a wimp again.

By acknowledging that your character is acting out of nature and giving a reason for it, you take away the awkwardness.

What do you think of inconsistencies in characterization? And how do you handle them?