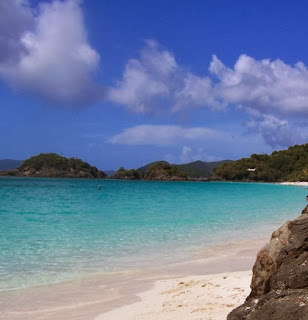 It's snowing where I live today. I love snow, but I'm dreaming of a beach at the moment, and thinking out a plot that involves an adventure set in such a beautiful location. Anyway, to get to the point of this post, I do quite a few Skype visits with classes reading my outdoor adventures, and often teachers will ask me for recommendations of other books set in the outdoors. HATCHETT by Gary Paulsen is the classic, but they usually already have that book and are looking for others. So here are a few of my recommendations: 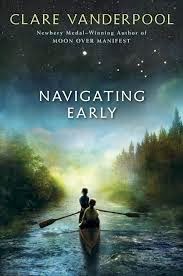 At the end of World War II, Jack Baker, a landlocked Kansas boy, is suddenly uprooted after his mother's death and placed in a boy's boarding school in Maine. There, Jack encounters Early Auden, the strangest of boys, who reads the number pi as a story and collects clippings about the sightings of a great black bear in the nearby mountains. Newcomer Jack feels lost yet can't help being drawn to Early, who won't believe what everyone accepts to be the truth about the Great Appalachian Bear, Timber Rattlesnakes, and the legendary school hero known as The Fish, who never returned from the war. When the boys find themselves unexpectedly alone at school, they embark on a quest on the Appalachian Trail in search of the great black bear. But what they are searching for is sometimes different from what they find. They will meet truly strange characters, each of whom figures into the pi story Early weaves as they travel, while discovering things they never realized about themselves and others in their lives. 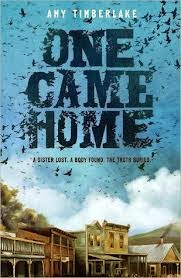 In the town of Placid, Wisconsin, in 1871, Georgie Burkhardt is known for two things: her uncanny aim with a rifle and her habit of speaking her mind plainly.

But when Georgie blurts out something she shouldn't, her older sister Agatha flees, running off with a pack of "pigeoners" trailing the passenger pigeon migration. And when the sheriff returns to town with an unidentifiable body—wearing Agatha's blue-green ball gown—everyone assumes the worst. Except Georgie. Refusing to believe the facts that are laid down (and coffined) before her, Georgie sets out on a journey to find her sister. She will track every last clue and shred of evidence to bring Agatha home. Yet even with resolute determination and her trusty Springfield single-shot, Georgie is not prepared for what she faces on the western frontier. 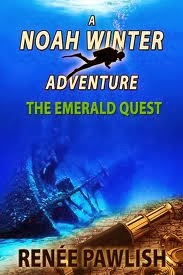 Thirteen-year-old Noah Winter, the son of sea-exploring treasure hunters, dives the San Isabel shipwreck with his parents in search of a mysterious treasure map lost in the murky depths off the Florida Keys over a century ago. The map reveals the hiding place of the priceless De La Rosa emerald. But before the Winters can find the map, a wealthy treasure-hunting rival kidnaps Noah’s parents. Now Noah must match wits with a dangerous adversary, not only to discover the treasure map first, but to rescue his mom and dad before it’s too late. 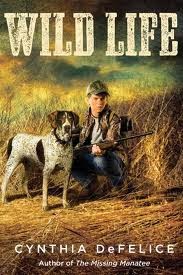 Erik is preparing for his first-ever hunting trip when he learns that his parents are being deployed to Iraq.  A few days later, Erik is shipped off to North Dakota to live with Big Darrell and Oma, grandparents he barely knows. When Erik rescues a dog that’s been stuck by a porcupine, Big Darrell says Erik can’t keep him. But Erik has already named her Quill and can’t bear to give her up.  He decides to run away, taking the dog and a shotgun, certain that they can make it on their own out on the prairie.

And here are my two books: 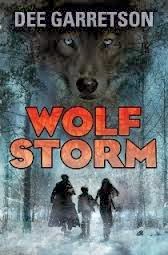 This is Stefan’s big break. He’s on location in the mountains far from home for his first movie role, filming a blockbuster sci-fi adventure. The props, the spaceships, and the trained wolves on set should add up to a dream job, but acting turns out to be much tougher than he ever imagined, and he feels like his inner loser is all that’s showing through. From the way his famously stuck-up co-star, Raine, treats him, he’s pretty sure she thinks so too. And worst of all, no one will believe his claim that there are wild wolves haunting the forest around the set.
When a blizzard strikes, isolating the young co-stars and bringing hungry feral wolves into the open, Stefan must take on his biggest role yet—working together with his co-stars to survive. With no second takes, they only have one chance to get it right.
Lights,
Camera,
Action! 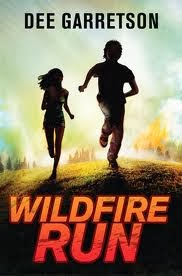 The president's retreat, Camp David, is one of the safest places in the United States. So why can't the President's son, Luke, and his friends Theo and Callie stay there without Secret Service agents constantly hovering over them, watching their every move? And yet, when an earthquake sets off a raging wildfire, causing a chain reaction that wreaks havoc at Camp David, they are suddenly on their own.
Now Luke needs a plan:
To override the security systems
To save those who were supposed to save him
To get through an impassable gate
To escape Camp David