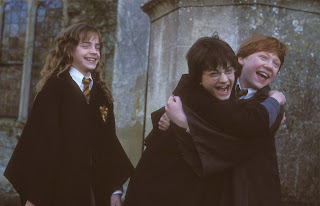 I was reading reviews of middle grade novels the other day, and I noticed that certain phrases appeared more than any others: epic adventure, fast paced, action packed. Judging by these descriptions, you’d think successful MG books are all about the plot and non-stop, roller-coaster action.

Of course, some copy-writers had glommed on to that other aspect of a MG novel that is so important: friendship. I found that little addition tacked on to several novel descriptions: “but in the end, the adventurers discover the most important treasure of all, friendship” – or some lip-service drivel like that.

The fact is, the relationships in a MG novel are far more important than the plot. No one doubts that J.K. Rowling created a complex world and a delightfully tangled plot. But it’s the relationships in Harry Potter that make readers read the books over and over again.
And sorry, copy-editors. It’s not just friendships. There are siblings. And parents. Rivals and enemies. Mentors and protégées. 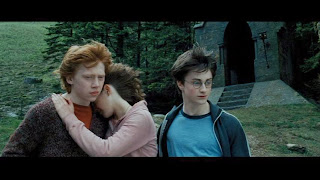 Characters worth reading about are complicated and flawed, and their relationships are multi-dimensional. Friends occasionally disappoint us. Rivals sometimes take our side. Mentors can turn out to be less than we thought, but also more than we imagined. Parents are strong, but also vulnerable. Even an enemy might sometimes have to collaborate with us for a common goal.

Yes, MG readers want action – but they also want relationships that help them navigate the complexities of real life. Chances are they will never tame a gryphon, battle a Cyclops, or find a lost treasure, but they will experience broken promises, unexpected friendships, betrayal, and random acts of kindness. 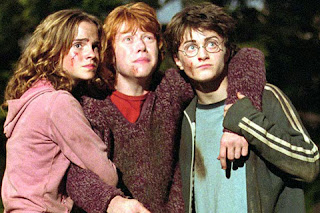 I fought against that change. Puppy love is allowed in a MG story, I insisted. And yes, it is. But what I was failing to consider was whether it was right for my story. In the end, I reluctantly removed my protagonist’s romantic interest in this older girl – and I did so as a compromise, to save another aspect of the story that I wanted to preserve even more.

What happened in revisions was a surprise and a learning experience for me. When I removed the crush from the story, I opened the door for a much more important relationship – the one between the two boys. Without the girl coming between them, the 13 year old and the 18 year old were free to develop what had been lacking in the earlier version – respect, mentorship, trust, and eventually, brotherhood. Only when the new draft was completed did I really understand that I’d missed the boat the first time. It was far more important for my protagonist to develop a solid relationship with his 18 year old guardian than to get his little heart broken.

So, whether you’re crafting your own MG novel or choosing one to read, let the connection between the characters be your guiding light.
Posted by Dianne K. Salerni at 12/10/2013