The Paradoxical Extremes of Middle Grade Students: A Holiday Memory by Braden Bell 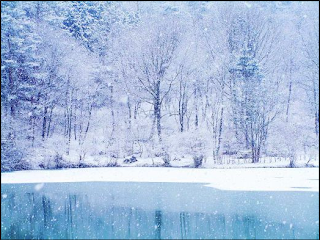 To write middle grade fiction, it is critical to understand the age group. However, that is tricky because children at this age are changing very quickly in just about every developmental domain.

Consequently, they are contradictory in many ways, jumping back and forth from extremes that would cause emotional whiplash in adults. Paradoxes incarnate, young adolescents are capable of great kindness or cruelty. They can be apathetic or driven, responsible or negligent—sometimes in the same incident.

As a middle school choir director, I’m on the front lines of adolescent developmental changes. Changing voices, extreme self-consciousness, constantly shifting social dilemmas, apathy, the need to appear cool—these are only a few of the challenges.

Every year, we work and try and do the best we can. But often, as we perform, things fall apart. Someone starts laughing and touches of a conflagration of giggles. Otherwise outgoing and voluble children suddenly freeze up and compete to see who can produce the least volume. Voices crack or get pitchy. On and on. It’s middle school and is to be expected.

But still, it stings a bit. We finish the song, and I turn around and face the audience with a tight smile, acknowledging their polite applause, wishing things had been different.

I really want to sound good. I long for a performance that is truly beautiful, not merely “good for middle school.” I crave a song that sounds so good that when I turn around to acknowledge the audience’s applause, I can smile back, nod, and think, “Yeah, this one was really good.”

With that confession, let me tell a story. Last year, my 8th graders were very talented vocally—one of the strongest groups of singers I’ve ever had. They were also flaky and silly. Prone to chatting and goofing off, they fit the cliché of immature adolescents.

Knowing their potential, I chose “White Christmas,” as one of the songs for our winter concert. One of my all-time favorites, I have a beautiful choral arrangement of this song and really wanted to see what we could do.

However, I soon realized I could practice over and over in class, but until they took ownership and practiced on their own, we wouldn’t make any lasting progress.

As the concert drew even closer, their attention wavered and weakened. A week or two before the concert, we had an especially discouraging rehearsal. At the end of class, I asked them to listen. They were hyper and inattentive, anxious to get to lunch.

“Guys, I need to talk with you,” I said. “As soon as I’m done, I’ll excuse you. But you’re not leaving until I’ve said what I want to say.” That got them quiet. “I’ve taught you for three years. I’ve been patient with your changing voices, social awkardness, hyperactivity, and your minimal attention spans. I’ve tried to be patient, kind, and treat you with respect. I’ve had generous policies in my classroom and have tried to make your lives a little easier and better, at least in chorus.”

They knew what I was saying was true. Though far from perfect, I always have tried to realize how much power for good or bad a teacher can have on the daily lives of students.

“Every year, we practice and practice and then we get up and you sing somewhere between ‘marginal’ and ‘painful’. And then, every year, I have to turn around and face your parents, trying to smile and put the best face on it.”

They seemed genuinely shocked to discover that they had not been wonderful at all times.

“I know some of you really don’t care about chorus. Fine. But this is my job. This is my life! And, just once, I would love to have a group perform well—really well. Well enough that the applause is real, not polite. Well enough that people say, ‘Wow! That was good!’ Maybe you don’t care, but I do! So, I’m asking for a personal favor. I only want one thing for Christmas. I want one song that is so genuinely good, I can turn around and smile back at the audience for real. That’s what I want for Christmas. Just in case you wondered. You are dismissed.”

Unrepentant and apathetic, they ran out to lunch. I sighed. Oh well. Another year perhaps.

I didn’t see them much after that because exam week came and the schedule of classes changed considerably.

The concert came and I faced it with stoic resignation. We sang our first song, and it went pretty well. Better than usual. Our second song went well, too. And then it was time for “White Christmas.”

The accompanist played the intro, and I brought the choir in on the verse. To my surprise, their first notes were at exactly the dynamic level I had requested. The boys and the altos divided out of the melody, splitting into an unresolved chord on “palm trees sway,” then resolving into a beautiful, clear chord.

I realized that they were really trying. And then, as I looked more closely at them, I realized something else. They were sincerely trying to give me a gift. I could see it in their eyes. At that point, they all got blurry as my eyes misted over.

As we finished the verse they executed a quick decrescendo, beginning the familiar chorus with a warm, rich hush that gave me chills. It got better and better as we went on. We hit the high point, “May your days be merry and bright.” We sustained that note—a luscious, full chord—three different notes sung in perfect balance. I heard the descending notes from the boys, heard the altos go down a minor second to resolve the chord, heard the clear, sustained note of the sopranos. Together, they faded out slowly on, “And may all your Christmases be white.” They even enunciated the final "t"sound while avoiding a long hiss on "Christmases."

It was so perfect. So heartbreakingly gorgeous. Flawless. I was so caught up in the music that it took me a few seconds to realize that they were looking up at me with hopeful expressions that clearly asked, “Did we do it?”

I blinked tears away as I mouthed, “Thank you. Thank you.” They broke out into enormous smiles.

Those egocentric, inattentive, squirrelly students had transcended all their adolescent goofiness, pushing themselves to do truly excellent work. Somehow, they decided to give me the only gift I really wanted. More importantly, they had pushed themselves to the fullness of their potential. They had cared, tried—and succeeded in a magnificent way.