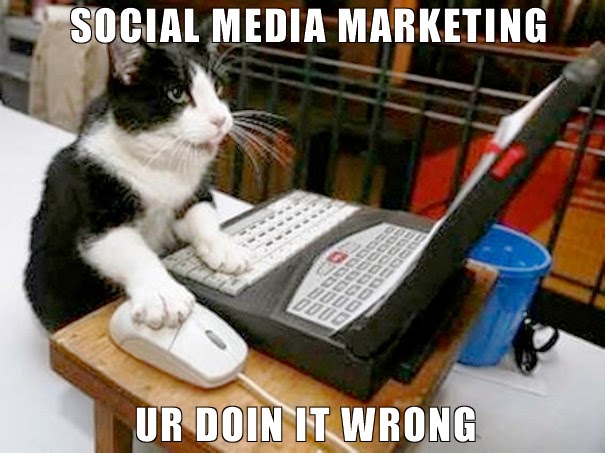 Okay, so these aren't exactly rules. I mean, who likes rules anyway? Not us writers, that's for sure! I just like to use these as guidelines when it comes to social media and writers. Please feel free to add to these as needed.

Keep it real!
I don't know about you guys, but I can't stand automated posts a la twitter, etc. They come off as entirely fake and obvious plugs to sell books. If you want to sell books, forge real relationships with people. Also, if you're only posting about links to your books or your great reviews I have zero interest in you. Clearly you have no interest in getting to know me, you just want my money. Social Media is about being social. It's not a link factory.

Don't go overboard
You don't need to be on every platform. Pick one or two of your favorite platforms and stick with them. If you're on Facebook, Twitter, Tumblr, Google+, Instagram, etc, how can you possibly keep up? If you can, good for you, but when the heck do you write? ;)

Don't get offended if....
You reply to someone's post on Blogger or Facebook, etc, and they don't respond. Sometimes an email is missed. Sometimes the person has seven million other things going on and it can't be helped. Just like you're only human other social media peeps are stuck in that category too, except for that super intelligent cat who manages to always keep up his Facebook page.

Don't get mortally wounded if....
Someone unfriends you or unfollows you. There are generally really good reasons why someone drops someone from their contacts on social media and it has nothing to do with the person personally. They may be cutting down to people they only talk to regularly or maybe they just want it to be family. Perhaps they noticed you're a middle-grade writer and they realized they only want to be connected to romance writers for the sake of their craft. Think about it before you get too upset. In reality, it's no big deal and you probably did nothing wrong, so don't sweat it.

Don't be a mass unfollower!
Nothing...and I mean nothing disgusts me more when someone on Twitter, generally a writer follows me, I follow them back, and then months later, they unfollow myself and every other writer that's followed them back in a lame effort to make themselves look "popular" by having a few people they keep following (and I mean a few) and then hundreds to thousands of alleged fans (those they mass unfollowed). It doesn't make you look popular and it's pretty despicable. We all know the truth and we'll all eventually unfollow you. Sorry, but it just makes you look like a tool. Please don't do this!

Don't comment on your reviews!
Here's another huge no-no in my book. We've all seen the public meltdowns from authors commenting on bad reviews, blowing up at the reviewer. It's shocking and horrible to watch. Please stay away from this. If you feel your emotions will get the better of you, then you've got to stop reading reviews of your books, plain and simple. Nothing will make you lose credibility faster--even if you're comments have validity--then an author who cannot control themselves.

Okay, so these are my "rules". What are some things you might add? Social Media can be tricky, but it can also be lots of fun. I like to keep it light. I don't discuss my political views or religious beliefs, but that's just me. What's your social media advice?
Posted by Hilary Wagner at 5/14/2014