Family Ties Can Be Deadly: The Inquisitor's Mark Cover Reveal

I'm very excited to share the cover for The Inquisitor's Mark, Book 2 in the Eighth Day series, here at Project Mayhem!

And I'm not even going to bore you with my babbling over its deliciously sinister appeal. I asked my editor if the cover designer would be willing to share a few words about how this cover came to be, and I was delighted to get his response -- along with preliminary sketches.

From Mike Heath, the cover artist:

When I first got the Inquisitors Mark assignment, one of the directions was to create a creepy basement/cellar type of image and after thinking it over, I knew we needed a long hallway basement scene for it to accommodate our lengthy title. So I began modeling the architecture and as I did so I wondered how we could communicate the idea that the tunnels in the book, including the basement, led to different places in the story. A thought that came to mind was to make the drainage pipes, running along the roof of the tunnel, to twist, turn and juncture all over the place. 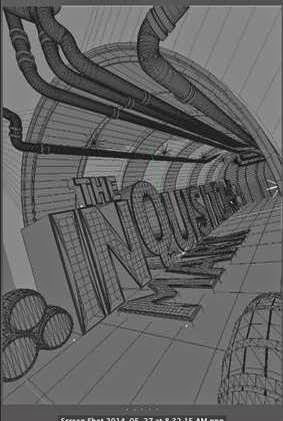 So after getting a basic structure modeled, I did my initial sketches for Heather Daugherty (Senior Designer at HC). She and her team approved the sketch so it was time to bring the rough sketch to final. To do so,  I typically draw on top of my sketches with notes to myself about what I want to add in the final image. 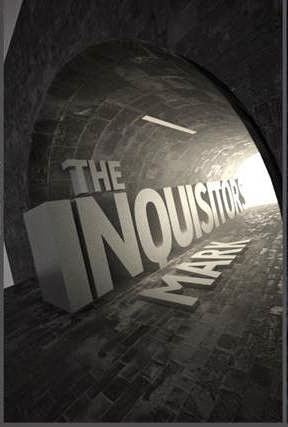 Then it’s time to add final architectural details and texture the whole area with high resolution textures.This is the most time consuming portion because most of the pieces had to be textured by brushing decay, mold, moss cracks etc on each part of the model from little bolts to pipes to brick. This process is what helps make a place feel real and not computer generated. Once the texturing was complete, I setup the lights in the basement. Being mindful of where the center of interest was, I used a warmer light coming from the end of the tunnel and a cool light setup for the outside of the tunnel as that was to be a secondary interest area. 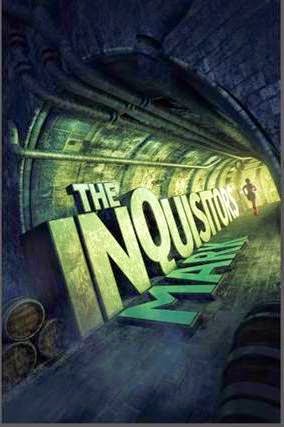 Being a visual storyteller, I’m pretty intentional about the items in my images. Things like the skateboard in the foreground, the pipes just mentioned, the warm and cool lighting of the structure and the puddles of water all add to a story I'm trying to tell visually. 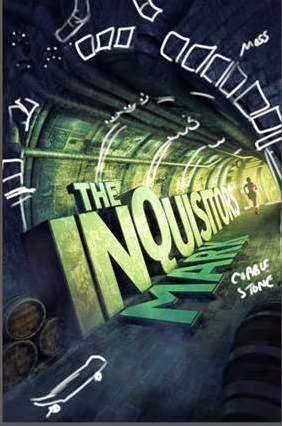 For me, as the author, seeing this cover for the first time last winter, I was sucked in immediately by the creepy atmosphere. (And I wanted to know if this is what the basements of old buildings in Manhattan really look like! Who knew!?) When my editor mentioned HC was still looking for a tagline at that point, I did some brainstorming on the ski lift -- my favorite place to think -- and threw in my own contribution to the finished product.

After returning from an all-out war with the evil Kin lord in Mexico, Jax Aubrey is back in Pennsylvania with his guardian, Riley, and liege lady, Evangeline. Although they’re in hiding, a man named Finn Ambrose tracks them down, claiming to be Jax’s uncle and giving Jax hope that he has a family after all.

But Uncle Finn may have an ulterior motive. As it turns out, Jax’s great-aunt is the reigning leader of the Dulacs, the enemy clan who assassinated Riley’s family. When the Dulacs kidnap Jax’s best friend, Billy, to lure Jax to New York, it becomes clear that the Dulacs, family or not, will stop at nothing to get what they want. Hoping to trade himself for Billy—while keeping Riley and Evangeline out of danger—Jax goes to Manhattan on his own, where he meets Uncle Finn; his cousin, Dorian; and the rest of his relatives.

There, he stumbles upon a maze of magic tunnels below his family’s luxury apartment building. Uncle Finn and the sinister Dulacs have been keeping secrets from him--and one of them might be the location of Evangeline's long-lost sister, Addie.

With the Eighth Day—and the entire Emrys bloodline—hanging in the balance, Jax struggles to understand who he really is despite all that he knows.

An Ambrose? A Dulac? An Aubrey?

Or an inquisitor who will stop at nothing to keep his liege safe? 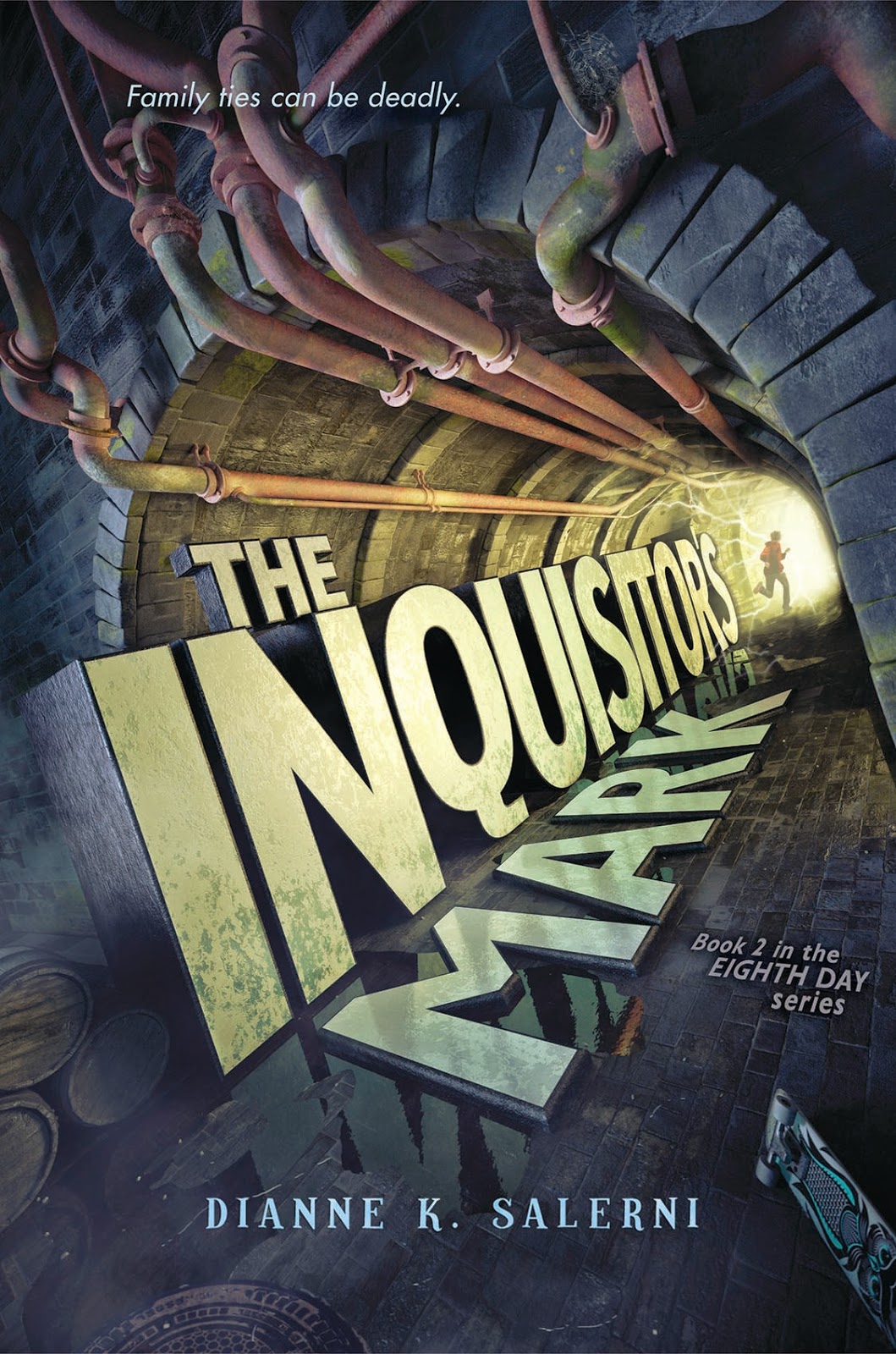 What do you think? You can add The Inquisitor's Mark to your Goodreads shelf HERE.

Thank you, Mike Heath, for your great work and for sharing your creative process with us. Thanks also to my HarperCollins editors -- and also to the Project Mayhem crew for letting me share my cover here today!
Posted by Dianne K. Salerni at 6/26/2014