Humorous writing comes naturally to some, while for others even the idea of “writing funny” causes stress. Humor, like any other literary technique, can be an acquired skill when a thorough understanding of the rules and tools available are understood.

The most basic building block of humor is that of the comic premise. In The Comic Toolbox, John Vorhaus states: “The comic premise is the gap between comic reality and real reality. Any time you have a comic voice or character or world or attitude that looks at things from a skewed point of view, you have a gap between realities. Comedy lives in the gap.” 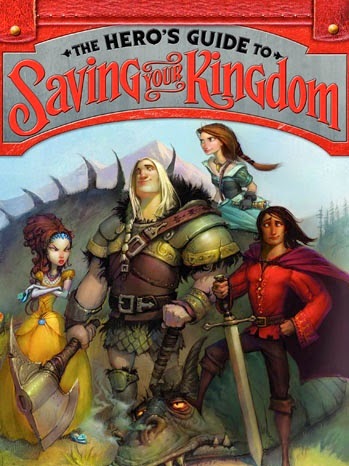 In his 2012 novel, The Hero’s Guide to Saving Your Kingdom, Christopher Healy sets his comic premise within an epic fantasy world populated by the princesses and princes from traditional fairy tales, with an enormous twist that is very accessible to young readers coming of age post-Shrek. Every convention and expectation of the known characters are turned on their heads.

Healy’s story features the princess heroines Snow White, Sleeping Beauty, Cinderella, and Rapunzel. In the traditional telling, each heroine is rescued and falls in love with the handsome, but non-descript, Prince Charming. In Healy’s world, there are four separate Princes that have been lumped together under the generic title Prince Charming by bards that have spread the stories, and each Prince wants his own name recognition. That’s the foundation of the comic premise. The reader is immediately presented with the gap between the expectation that Prince Charming is one perfect, heroic, and handsome man, and the reality of the story, where four Princes are flawed individuals quite removed from the handsome heroic ideal.

The comic premise is given even greater depth by crafting the princesses with personalities and characteristics far different than the traditional. Pushing it further still is the comedic tension created by the oppositional characteristics between each pairing.

For example, Cinderella, having been raised in near captivity by her step-mother, is a young woman who desires action and adventure now that she is a princess. Her Prince Charming, Frederic, is an endearing, but cowardly, fop brought up under fierce protection by a doting father. He has no interest in adventure, but loves Cinderella with true devotion. When Cinderella leaves to seek adventure in the wilds on her own, Frederic, worried for her safety, musters the courage to follow her. Ultimately, Cinderella ends up saving him (and the other Princes Charming), once again reinforcing the gap between comic reality and real reality.

What keeps comic characters interesting, and moves them beyond one-note jokes, is the layering of other elements over the premise to give them depth. Vorhaus provides four specific elements that go into the construction of a comic character.

The second element is exaggeration. A character that is afraid of the world isn’t in and of himself very funny, but if a writer pushes the limits of that fear so that normal situations become farcical, a space for comedy is created. This description of Frederic from The Hero’s Guide is a fine example of comic exaggeration: “For most of his early years, Frederic was perfectly happy to skip out on pastimes like tree climbing (twisted ankles!), hiking (poison ivy!), or embroidery (pointy needles!).”

Flaws are the third element. These are negative characteristics that create distance between the reader and character, allowing the reader to comfortably laugh at the character without feeling bad. Flaws can also be positive characteristics taken to an annoying extreme. Frederic’s flaws fall into the latter category, as his worst trait is an almost unbearable friendliness and openness to strangers. This might seem to be in opposition to his view of the world as a dangerous place, but again, this creates an interesting conflict within the character. Even when faced with villains, monsters,  and impending doom, Frederic can’t help but be polite. Charming, even.

The final element is Humanity. The character’s humanity gives the reader a reason to care about his outcome. It balances the flaws to enable readers to emotionally engage with the character. Frederic’s humanity is grounded in his romantic love of Cinderella, and the lengths he goes to try and find her. He travels the world, faces battles, giants, and witches and gets so far outside of his comfort zone that readers can’t help but feel for the poor guy, even as they laugh at his total lack of traditional heroic qualities.

Healy does an excellent job of creating complex comic characters, and Frederic is just one example within that story. The characters, both Princes and Princesses, because they are drawn with such specificity, play off of each other in a web of well choreographed, and highly comical, relationships. In the end, Frederic may come the closest to laying claim to the name Prince Charming, but by embracing his entire character he earns a recognition all his own. And gives the reader plenty of laughs while doing so.
Posted by Hey, Jim Hill at 9/03/2014