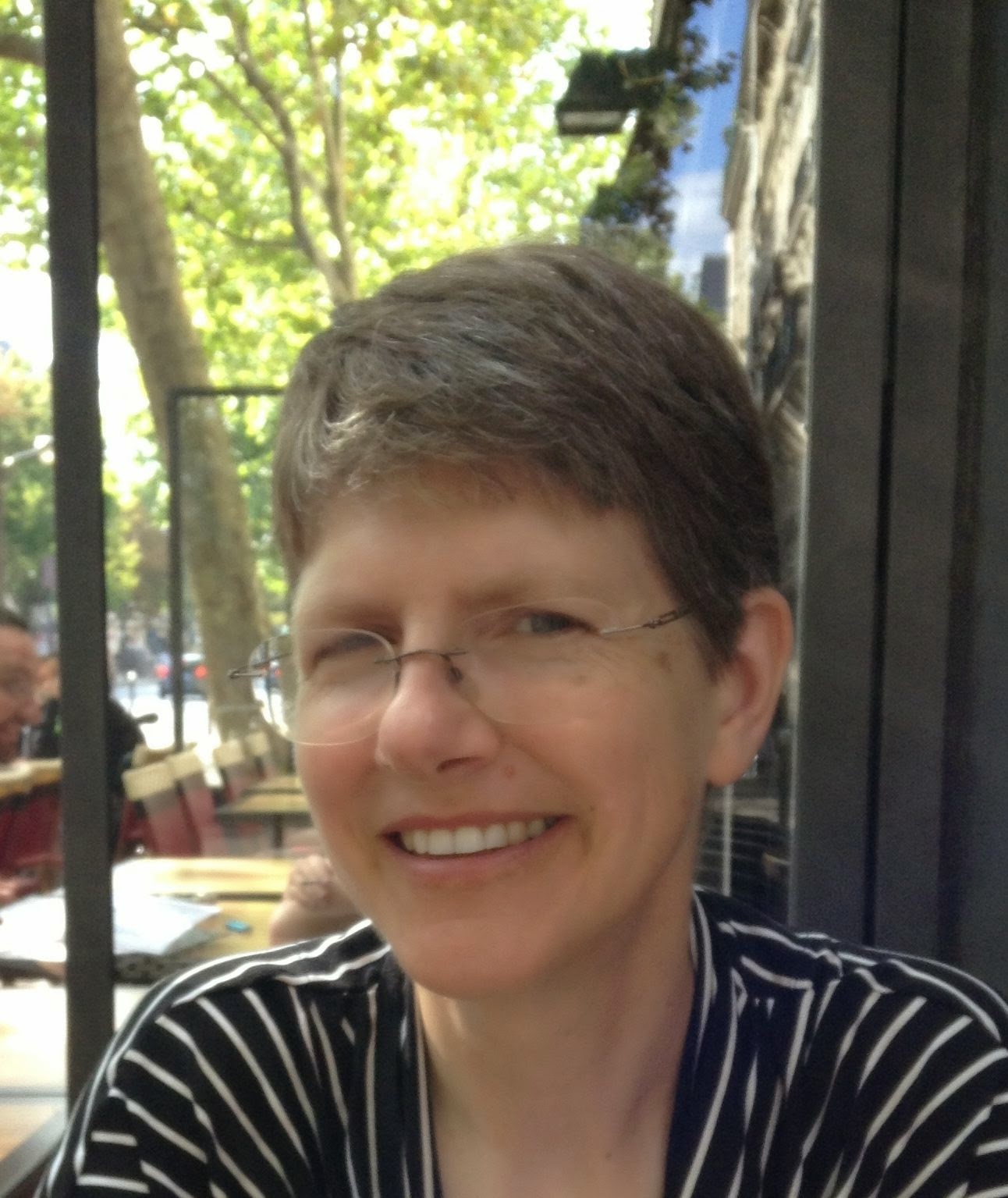 We are thrilled to announce the addition of a new member of Project Mayhem, Anne Nesbet. Here is Anne's bio, newly updated to include the great news that was announced yesterday: her deal with Candlewick!

Anne Nesbet reads while walking, which means she relies on echolocation (or chance) to avoid injury.  She teaches film history by day and writes novels for middle-grade readers in stolen moments. (Sometimes she steals a whole week.) She plays viola, composes strange pieces of music, and is happiest above 10,000 feet. Her fantasies for middle-grade readers are THE CABINET OF EARTHS (HarperCollins 2012), A BOX OF GARGOYLES (HarperCollins 2013), and THE WRINKLED CROWN (HarperCollins 2015), and her first historical novel for kids, CLOUD & WALLFISH, will come out in 2016 from Candlewick. She lives with her tolerant family and demanding dog in California.

(Man, I also have a tolerant family and a demanding dog. I think Anne will fit right in to the Mayhem milieu!)

Please leave a comment welcoming Anne. Her first post will be next month!
Posted by Michael G-G at 2/26/2015