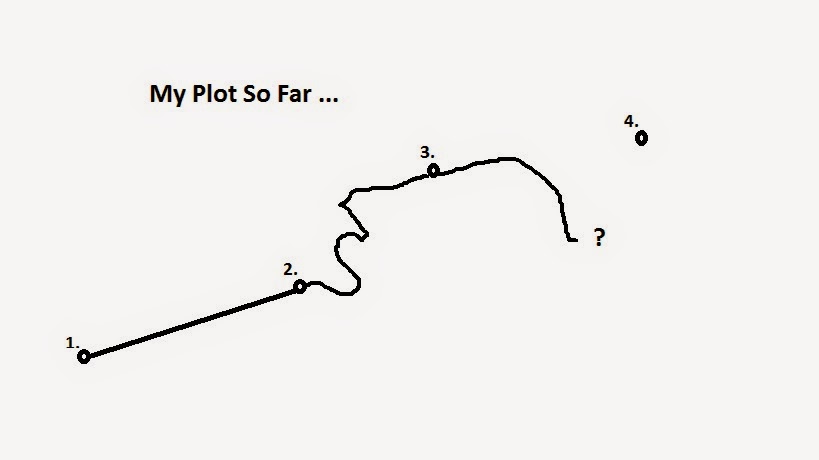 I used to call myself a pantster and claim that I was unable to outline a book I’d want to write. (I can outline a book that stinks … no problem there.) But I’m not really a pantster in the sense that I take off writing with no idea where I’m headed. I generally have several plot points in mind: a beginning, a conflict, a few key events, and an ending.

These plot points are the dots in a mysterious picture that will become my first draft. Connecting the dots is the challenge, and I never see the big picture, including themes, until I’ve connected the last dot and realize, Aha! Now I know what story I was trying to tell. That’s why I always roll right into my second draft without a break. It’s kind of like the real first draft, with the first one being an exploratory venture.

E.L. Doctorow says, “Writing is like driving at night in the fog. You can only see as far as your headlights, but you can make the whole trip that way.” I think he must be referring to my style of writing – dot-to-dot. Writing a first draft takes me months and months, often with a hiatus in the middle because I’ve lost my way. Revising a completed draft, by contrast, takes me only two or three weeks.

Unfortunately, when writing books under contract, I don’t always have months and months to fumble my way through the first draft like I’m playing Blindman’s Bluff. (Especially since I would never hand in a first draft to an editor. I’d prefer not to hand in a second draft either.) I get very frustrated and angry with myself when I can’t figure out how to reach the next dot – or if I realize the whole thing is lacking a set of dots I wasn’t counting on. (Sub-plot? What sub-plot?!)

In recent weeks, I’ve been trying to do what I said in the first paragraph of this post that I can’t do: outline. I need to write a synopsis as a proposal for an option book, and I’ve been trying to figure it out as a sort of “draft zero.” I sincerely hope Doctorow is right. I’ve got my headlights on. I’m creeping forward one dot at a time. The saving grace may be that I only need to figure out enough for a synopsis to sell the book. IF the option gets picked up …

… the real first draft will probably be another adventure in connecting the dots.
Posted by Dianne K. Salerni at 3/05/2015