In The Garage: Discovering Our Characters by Jim Hill 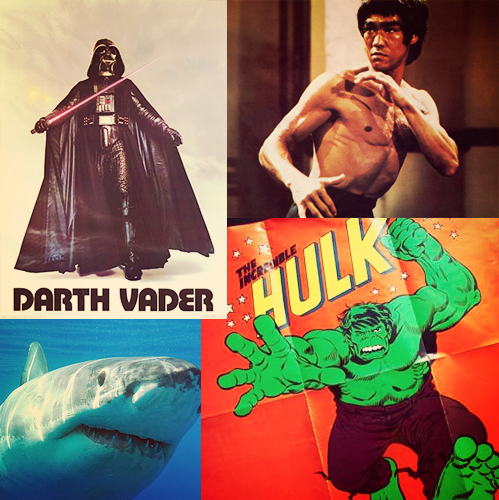 How do we flesh out our characters? Some people make lengthy checklists of personality traits. Others make up family histories. What about playlists? Or Pinterest boards with fashions, haircuts, and casting calls?   If it works for you, it’s all good.

One of the tricks I like is to imagine my character’s safe place, wherever that is. Bedroom, school library (Hi, Buffy!), or a garage:

I've got a Dungeon Master's Guide
I've got a 12-sided die
I've got Kitty Pryde
And Nightcrawler too
Waiting there for me
Yes I do, I do
– Weezer, In the Garage


Rivers Cuomo's garage is loaded with the totems and artifacts of a specific teenage experience. That opening verse caught my nerdy attention–that could’ve been my garage.

As the song goes on, the list of objects become more than objects, they’re reflections of the character telling the story. They become endowed objects, protecting and projecting meaning onto the narrator

I've got an electric guitar
I play my stupid songs
I write these stupid words
And I love every one
Waiting there for me
Yes I do, I do


When we start to see the endowed objects in our characters lives, we can really get a handle on their inner desire, not just their outer desire. That’s where the good stuff really lies in character development, and story motivation.

What are endowed objects, you ask? They’re the things in our life (both fictional and otherwise) that take on additional meaning through emotional attachment. They reflect our values, our secrets, our weaknesses, and our strengths. And so much more.


“Endowed objects (at least as I learned about them) are particular items that have an added layer of meaning. For example, a hat that's not just there to keep someone's head warm, but is also there as a reminder of a boy's mother because it's the last thing she knitted for him before she died. And then let's say that the boy is now homeless, that hat represents love and family and a sense of belonging. So the hat becomes a sort of shorthand for those feelings and is a touchstone for the boy. Often in a story with an endowed object, that object is part of the resolution. So in the story I've just invented, when that boy becomes close friends with a younger girl in the homeless shelter, he gives his hat to her at the end, when he finds out that his long lost aunt is going to adopt him. He no longer needs that reminder of love and security, but this girl does.”


From that definition and example it’s easy to see the connection between the character and the object, and perhaps also see how the object can be used to represent emotions and change for the character as well. As writers, we are reminded over and over again that showing is better than telling. Endowed objects gives the writer a relatively easy way to accomplish just that.

When I first started thinking about that safe space, that garage or bedroom, I thought about my own junior high bedroom, and the posters on the wall. What story did they tell about me? What secrets did they share to anyone paying attention?

Wow. In retrospect they make perfect sense. I was an angry kid. Picked on. Bullied. I wanted power, because I was powerless. I wanted to fight back, and win. I wanted to rage.

And it was all there on the wall.

Now look at your characters, and populate their safe rooms. What will you discover?

Email ThisBlogThis!Share to TwitterShare to FacebookShare to Pinterest
Labels: character