The Power of a Good Verb 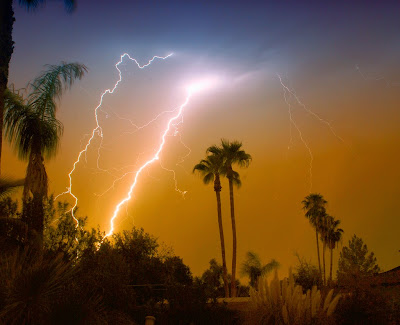 Verbs are my favorite parts of speech. (Is it weird to have a favorite part of speech?) Adjectives and adverbs are fun, too, but sometimes they can be unwieldy. It’s easy to go overboard, and too many adjectives and adverbs can really clutter your writing. Verbs, on the other hand, are nice and streamlined. After all, unless you’re using a fragment or incomplete sentence for artistic purposes, your sentence has to contain a verb—and a well-chosen verb can easily take the place of an adverb.

In my opinion, “She stormed to the door,” is not only more streamlined but also more visual and packs more punch than something like, “She marched angrily to the door.” “Stormed” conveys such a definite sense of anger that you don’t need the adverb to tell your readers how your character is feeling. You could argue that “marched” gives off a bit of angry tone too, of course, but I just don’t think it’s as powerful.

But probably my favorite aspect of verbs is their ability to completely alter the tone of a sentence. Compare the following:

This sentence can convey a playful, threatening, or gentle tone simply by changing one word—the all-powerful verb.

There’s a reason job-hunting experts always recommend using “power verbs” on your resume. Words like “engineered,” “developed,” “overhauled,” and “designed” have much more impact than boring old standbys like “organized” and “managed.” In fact, many job-seeking websites compile lists of power verbs as resources for resume writers. Likewise, I think it’s a good idea for fiction writers to compile their own lists of handy power verbs. You can save this in a separate document, one you can easily keep open and refer to when you’re working on your manuscript. You can even categorize your power verbs by the tone you're trying to convey. In scenes of intensity, for example, you’d be better off using vivid, dramatic, attention-grabbing verbs. Instead of following the stranger in the dark trench coat down the street, your main character should stalk him. Instead of her heart pounding when a gunshot goes off, it should throb or hammer. It’s okay if a power verb is a little unusual, too. One of my personal favorite power verbs is “spike.” Sure, it conjures up somewhat violent images, but it’s just so gosh-darn visceral. I love it: “Fear spiked her like a bolt of lightning.”

I also think it makes an impression when a word that isn’t typically a verb is used as one:

With the battlemented towers,
Crimsoning in the morning hours,
Girdled by their southern clime,
Stand a group of olden time.

from “The Vow of the Peacock” by Letitia Elizabeth Landon

“Crimsoning”—awesome! So colorful and visual. Of course, I wouldn’t go overboard with this technique. Personally, I don’t think I’d use it more than once or twice in a manuscript. It’s kind of unusual, and I think it would get distracting if used often. But when you really need to make an impact—what a great tool! Just another example of how powerful verbs can be.

Okay, weird question of the day—do you have a favorite part of speech? Favorite power verb? Please share.