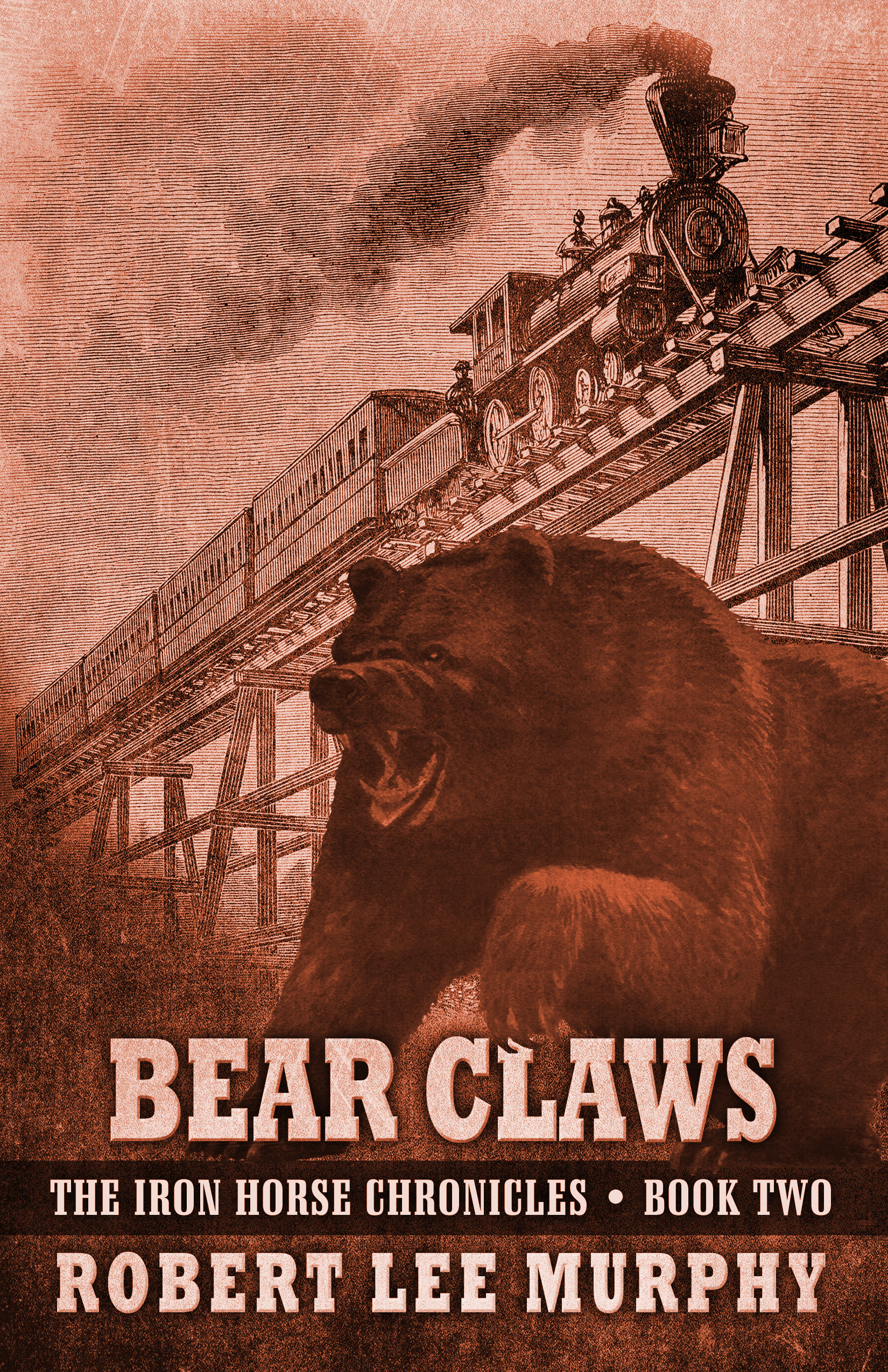 In Bear Claws, Murphy continues the well-developed storyline he created in Eagle Talons about the challenges of the Union Pacific Railroad’s march across the Rocky Mountain West.

Will Braddock, fifteen years old, continues as a hunter for his uncle’s survey team, as the transcontinental railroad builds across Wyoming in 1868. Will strengthens his friendship with Lone Eagle, after the mixed-blood Cheyenne’s father, Bullfrog Charlie Munro, is killed by a grizzly. Will continues to confront Paddy O’Hannigan, whose vendetta to kill Will, his uncle, and the former black slave Homer Garcon, grows more sinister. Paddy is determined to get even with those who caused the death of his own father. Will remains fascinated with feisty Jenny McNabb, who cooks at her father’s Wells Fargo stagecoach station. Jenny is also fearful of Paddy, because he tried to kill the year before. When Will accompanies his uncle to California, he befriends Chung Huang, a Chinese youth working on the Central Pacific. Will and Chung can’t stop Paddy from stealing Nitroglycerin, with which he intends to blow up presidential candidate Ulysses S. Grant’s train on the general’s campaign trip into Wyoming. Surveying the route of the railroad is completed, and the survey teams are disbanded. Rather than lose his employment with the Union Pacific, Will accepts an assignment to guide a German aristocrat, who holds a big investment in the railroad, on a hunting expedition through Wyoming’s mountains. Will saves the German Count from a bear attack, but is badly mauled himself. While recovering from bear claw wounds, Will must step in to help Elspeth McNabb, Jenny’s sister, escape Paddy’s clutches.

The story chugs along like a locomotive under full steam. Murphy does a great job of creating a multi-dimensional villain in the character Paddy O’Hannigan. Even though the reader roots for Will Braddock throughout, one cannot help feeling some empathy for Paddy as he navigates life under his corrupt Godfather’s thumb while trying to provide from afar for his mother and sister.

Bear Claws published by Five Star Publishing, an imprint of Gale is scheduled to be available in libraries, on-line, and in bookstores on November 18, 2015. Until then, you can read sample chapters on the author's website.