Do kids books have to be about kids? by Joanna Roddy 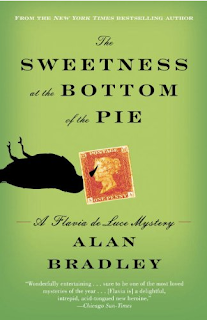 "I was me. I was Flavia. And I loved myself, even if no one else did. 'All hail Flavia! Flavia forever!' I shouted as Gladys [her bicycle] and I sped through the Mulford Gates, at top speed…"

I adore this character. And I'm mesmerized by Bradley's skill at creating a completely believable 11-year-old as the first-person narrator and protagonist of an adult mystery novel.

The advent of child protagonists in adult fiction has become rather standard lately, I realize. THE SECRET LIFE OF BEES, THE KITE RUNNER, THE GOLDFINCH, LIFE OF PI, THE LOVELY BONES, to name a few. Yet, the idea of it fascinates me, especially with first-person narration. If it's all told from the child's perspective, one could argue, isn't it a children's story? If the protag is well-realized, then the story belongs to a child, fictional though he or she may be. Seems to me the publishing industry classifies novels as "adult" based on vocabulary and mature content, which is understandable, but it can sometimes seem arbitrary.

Consider the fact that Bradley's first Flavia novel, THE SWEETNESS AT THE BOTTOM OF THE PIE, won an armful of trophies for adult fiction, including the Agatha and Macavity, but also found itself on several lists of Best Young Adult Fiction. It was nominated for the Young Reader's Choice Awards and for the Alex Award, which honors "books written for adults that have special appeal to young adults ages 12 through 18."

In addition to the broad appeal of adult books with young protagonist, adults read plenty of straightforward children's fiction too. Just think of many widely read literary classics intended for a children's audience, albeit upper-level readers: A TREE GROWS IN BROOKLYN, TO KILL A MOCKINGBIRD, LORD OF THE FLIES, LITTLE WOMEN, MY NAME IS ASHER LEV. And then there are commercially popular MG/YA books: THE HUNGER GAMES, THE GIVER, ENDER'S GAME, HARRY POTTER and the endless argument about the rise of adult YA readers. (You might recall this controversial article.)

This leads me to wonder: Does it go both ways? Are there books for children with adult protagonists? Are children's writers afforded the same creative license by traditional publishing and readers? And let me be clear: I'm talking strictly about protagonists, the primary character perspective of a novel. Of course there are many sympathetic adult characters throughout children's literature, or adult characters who have select chapters written from their perspective. But are there any books with an adult for the primary protagonist? 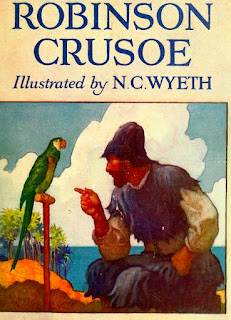 I can think of a few titles from earlier eras with adult protags: ROBINSON CRUSOE, 20,000 LEAGUES UNDER THE SEA, THE THREE MUSKETEERS, etc., though I do wonder how many young people these days actually read these novels. And there are young reader classics with quirky adult protagonists, like MRS. PIGGLE WIGGLE, MR. POPPERS PENGUINS, and MARY POPPINS, though none are told from the first person. But I'm hard-pressed to think of recent examples. It seems that the industry thinks if a book is for a child, the protagonist's age should match the reader's. Hence the 14-year-old protag dilemma.Diana Wynne Jones says, "…they [children's protagonists] usually have to be strong, dynamic characters…people that children will follow willingly into the action. For this reason, it was thought at one time that the main characters always had to be children. This turns out not to be true…as long as someone in the story is likable, understandable or a lovable rogue..."“At one time,” eh? I’m not sure that the era of requiring child main characters for children’s books has past.Jones does capture the essence that would be necessary for an adult protagonist: "a lovable rogue," an outsider, someone who doesn’t understand or at least doesn’t follow the unspoken grown-up rules that are often inscrutable to children. 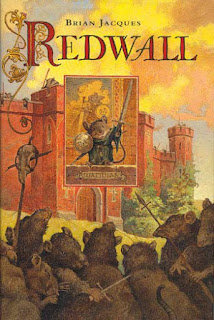 A major exception to the "no adults allowed" rule can be found in animal and fantasy literature. Consider the REDWALL series, where ages aren't mentioned, but the woodland creature protagonists are warriors, monastic apprentices, and in other adult roles. And in THE HOBBIT, which Tolkien wrote for his children as a precurser the more adult LOTR series, Bilbo is an adult, but he’s also something of an ingénue so that he's able to enter the adventure in much the same way the reader does, discovering a new frontier.

But all told, adult protags are hard to find in children’s lit. Perhaps it's easier for an adult to envision themselves young again, granted the freedom to return to the complexities of growing up with the wisdom and experience of adulthood than it is for a child to understand an adult world from an adult perspective.

Whether or not we're allowed adult protagonists, it's clear that children's books do as much heavy-lifting in the serious subjects department as an adult book can. Children's books often tackle difficult issues in a uniquely insightful way. I'm fond of what Madeleine L'Engle once said about her work: "You have to write the book that wants to be written. And if the book will be too difficult for grown-ups, then you write it for children."

The notion that the reader's age should roughly match the main character's seems narrow to me. A sixteen-year-old can lead a middle-grade adventure and the eleven-year-old reader isn't going to have a problem with it if the story is good, the character rings true, and the subject-matter appeals. Precocious kids read a wider range than their own market demographic anyway. To let the right character with the right skill-set arise organically to meet the challenges of a middle-grade, or young adult, or adult fiction story, regardless of that character's age seems to me to be the logical path. (Flavia, QED.) Adult fiction seems to accept that. Why pigeon-hole kids lit?

Shouldn't we get to know and learn from across generations? Perhaps these false dichotomies and boundaries between ages are why so many of us reach adulthood and are surprised to discover that we're fundamentally the same person as our childhood selves, just with more responsibilities and experiences. Just as adult readers enjoy the chance to live vicariously through a child’s discovery and freedom, so children need proxies in the grown-up world, guides into adventure and discovery in places inaccessible to them. I would be interested to see what would be created if the unspoken "kids POV for kids lit" rule wasn't there.

Have you seen any adult protagonists in kids lit lately? Do you think there ought to be? Leave a comment and join the conversation!