When Setting Is the Star, Five Recommendations by Robert Lettrick

It goes without saying, setting is an extremely important component of storytelling. Some of our favorite books were made even more memorable because of the vividly painted worlds they took place in. As authors we should work at developing unique, fully-realized settings that linger with the reader long after their vacation has ended. But this blog is about books in which the setting isn't just one component, it's the star. I'm talking about places like Willy Wonka's chocolate factory, Wonderland, Narnia and Oz. Some very successful novels were built from the setting up. It's a different way to approach a book, and as my examples show, the end result can be something quite special.

I won’t touch on world building here as that topic has already been covered in Project Mayhem, and I encourage you to search for those entries and give them a read. They're very insightful. Instead, I’d like to use this opportunity to recommend some of my favorite middle grade books where setting is king. 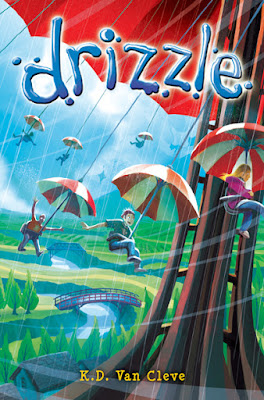 One of the best novels set on a farm since Charlotte’s Web, Kathleen Van Cleve’s lovely mystery is laced with a timely environmental message. The whimsical plot works well against the author's choice of background, a magical farm where dragonflies write messages in the air and a young girl’s best friend is a sentient rhubarb plant named Harry. I loved this book. It’s a perfect example of a setting acting as a literal living, breathing character.

From Booklist - Eleven-year-old Polly has no friends at school. Her best friend is Harry, a unique rhubarb plant on her family’s midwestern farm, where it rains miraculously at the same time every Monday, and tourists come to enjoy a giant, amusement-park umbrella ride that her family has built. Polly and Harry communicate: he nods when he agrees with her and swats her with his leaves when he is angry. And Polly can talk with bugs, as well as plants. Her peaceful life on the farm changes, though, when the rain stops suddenly and her brother gets deathly ill. Does she have the power to save both the farm and her sibling? 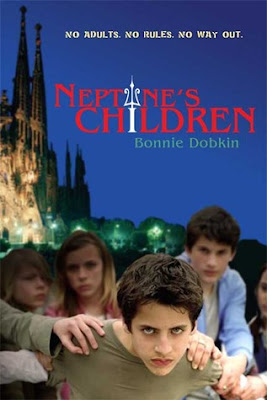 It’s Lord of the Flies meets Disneyland. It may not be the best-known MG book set at an amusement park, but it’s definitely one of the most entertaining. I enjoyed Ridley Peason’s Kingdom Keeper series (and recommend it), but Bonnie Dobkin’s Neptune’s Children has a dystopian flavor that works especially well in this conventionally cheery setting. Plus I always enjoy a good deadly virus story. *Cough*

From School Library Journal - Terrorists design a virus to take over the world, but something goes wrong. On a vacation at the Isles of Wonder, a theme park similar to Disney World, Josh and his little sister watch as all of the adults die around them, leaving them and thousands of others under age 13 to fend for themselves. With no other choice, the youngsters start working to create their own society, barricading themselves from the outside world and its dangers. Led by the charismatic Milo, a group of the older children become the central government, the Core. Eventually, barricades will not be enough to keep danger out of their utopian world and the community will be threatened in unexpected ways. 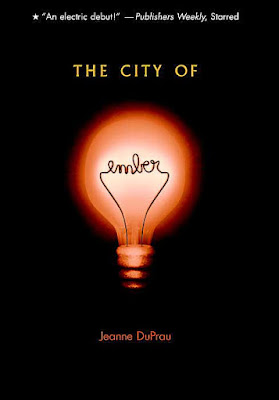 One of my all-time favorite middle grade books. Set years after an unspecified catastrophe, Jeanne DuPrau’s engrossing adventure (it can read at times like horror) takes place in a claustrophobia-inducing setting—an underground city. Expert character development coupled with the threat of an imminent (and permanent) blackout results in an un-put-downable page-turner. The clock ticks loudly in this one.

Amazon’s review - It is always night in the city of Ember. But there is no moon, no stars. The only light during the regular twelve hours of "day" comes from floodlamps that cast a yellowish glow over the streets of the city. Beyond are the pitch-black Unknown Regions, which no one has ever explored because an understanding of fire and electricity has been lost, and with it the idea of a Moveable Light. "Besides," they tell each other, "there is nowhere but here" Among the many other things the people of Ember have forgotten is their past and a direction for their future. For 250 years they have lived pleasantly, because there has been plenty of everything in the vast storerooms. But now there are more and more empty shelves--and more and more times when the lights flicker and go out, leaving them in terrifying blackness for long minutes. What will happen when the generator finally fails? 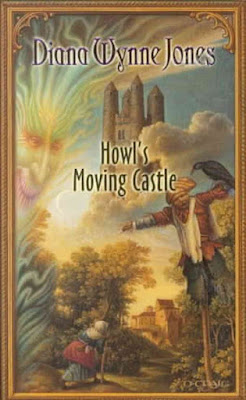 Author Diana Wynne Jones chose a setting that's quite proactive because it's constantly on the move. It's the premise and the reward of this highly recommended story. Read it and then watch Hayao Miyazaki’s wonderful Academy Award Nominated film adaptation.

From School Library Journal - Sophie Hatter reads a great deal and soon realizes that as the eldest of three daughters she is doomed to an uninteresting future. She resigns herself to making a living as a hatter and helping her younger sisters prepare to make their fortunes. But adventure seeks her out in the shop where she sits alone, dreaming over her hats. The wicked Witch of the Waste, angered by "competition" in the area, turns her into a old woman, so she seeks refuge inside the strange moving castle of the wizard Howl. Howl, advertised by his apprentice as an eater of souls, lives a mad, frantic life trying to escape the curse the witch has placed on him, find the perfect girl of his dreams and end the contract he and his fire demon have entered. Sophie, against her best instincts and at first unaware of her own powers, falls in love. 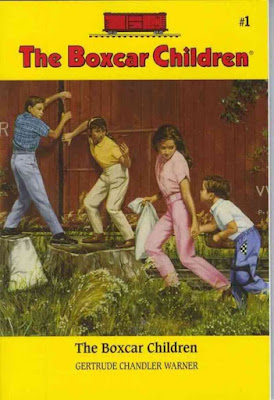 Proof that a setting, when well written, can be as ordinary as a railroad boxcar and still deserve a spot in the title. I read the first part of Gertrude Chandler Warner’s classic series when I was the same age as the character Benny Alden, and like Benny, my favorite part of the story was lunch. I recall having a fierce craving for potatoes, stew, turnips, bread and buttered veggies while reading this book. Running away and living in a boxcar seemed like a child-gourmand’s best course of action.

From Kids Reads - Imagine what it would be like to live in a railroad boxcar with just your brothers and sisters and no adults to help you or take care of you. Meet Henry, Jessie, Violet and Benny Alden --- the orphans known as the Boxcar Children --- who wind up living in an old red boxcar after their parents have died. Eventually the children's wealthy grandfather finds them and gives them a wonderful home, but their adventures don't stop there. They travel to all parts of the country, see exciting places, and become involved in strange and mysterious happenings --- sometimes right in their own backyard!

For other setting-heavy stories check out the following: