In September, Lisa Lewis Tyre joined us for a guest post about how to find and best utilize critique partners. It was a great post, and it made me want to invite Lisa back for a conversation about her debut middle grade novel, LAST IN A LONG LINE OF REBELS (Nancy Paulsen Books/Penguin). 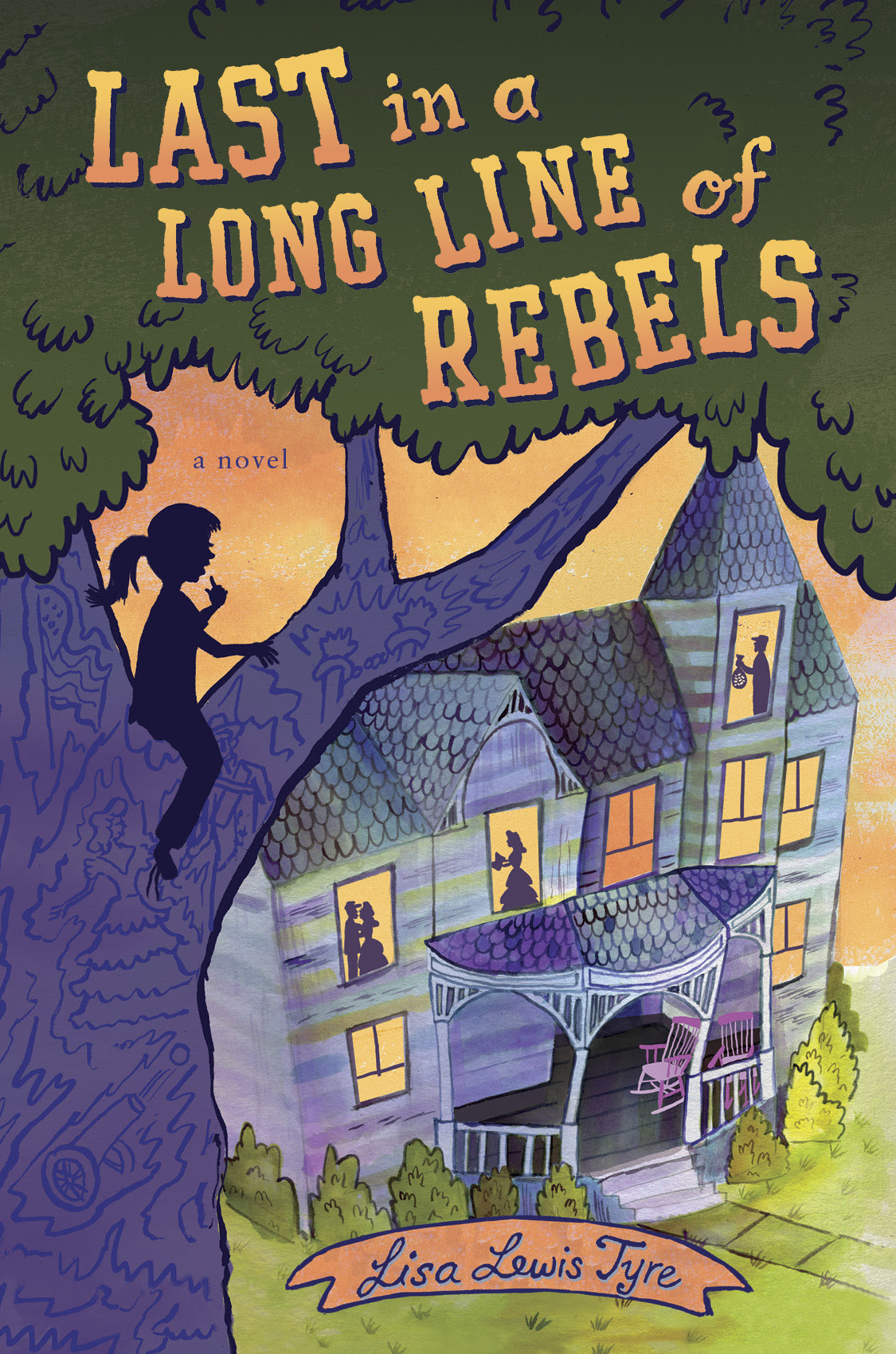 Lou might be only twelve, but she’s never been one to take things sitting down. So when her Civil War-era house is about to be condemned, she’s determined to save it—either by getting it deemed a historic landmark or by finding the stash of gold rumored to be hidden nearby during the war. As Lou digs into the past, her eyes are opened when she finds that her ancestors ran the gamut of slave owners, renegades, thieves and abolitionists. Meanwhile, some incidents in her town show her that many Civil War era prejudices still survive and that the past can keep repeating itself if we let it. Digging into her past shows Lou that it’s never too late to fight injustice, and she starts to see the real value of understanding and exploring her roots.

JOY: You tackle some really big, hot button issues in this book, including racism past and present. How did you approach such big topics, particularly for middle grade?

LISA: I really only had one objective, and that was to write as honestly as possible. The Civil War happened, and racism still goes on today. I felt like it was important to the story to deal with it the way kids do – without fear.

JOY: Was that your starting point—wanting to write about racism and the Civil War? Or did you start with Lou and/or her house?

LISA: I knew from the beginning I wanted to include some Civil War gold. After I got the idea to include the diary, I though it would be fun to have an excerpt at the beginning of each chapter to show how things had changed ( or stayed the same) through the years. From there, it was a natural progression to look at the issue of race.

JOY: The main character uncovers some upsetting things about her family, including the fact that they owned slaves. When she asks her father why his grandfather had kept the slave quarters on their property intact, he says, “I’ll tell you what he told me: It’s important that we never forget our history and the awful things that man is capable of.” I think this idea is often expressed in a broad sense—we must never forget as a nation the horrors of slavery—but your book makes it very personal for Louise. She has to examine the awful things her own family members were capable of. 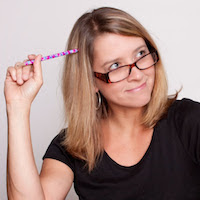 LISA: That’s right. It’s amazing how differently we look at things when it involves us personally. For Louise, the Civil War goes from being a story on the pages of her history book, to being about flesh and blood relatives. Like most of us, her first impulse is to hide the information. Ultimately, she understands that she’s not responsible for what her ancestors did, but it is her duty to remember.

JOY: Louise and her friends are very proactive in trying to uncover the mysteries around her family and her house. They have had an excellent example in their social studies teacher, who told them they “should examine everything [they] heard, or else [they’d] be at the mercy of those who wrote the books.” I just love bringing this idea to middle graders. I feel like I didn’t get that sort of encouragement toward college.

LISA: As a mom I think about the messages my daughter is bombarded with, and the sources of information. It’s hard to get unbiased, factual information now days, and I realized, it’s probably always been that way! I don’t want kids to be skeptical, but I think encouraging them to question the status quo is okay.

JOY: In regard to examining everything they heard, Lou goes on to say:

This curiosity leads Lou into researching her own family history. Do you have suggestions for how middle grade readers can get started doing the same? And what do you tell them if they uncover something upsetting in their family history?

LISA: I love history and the things I’ve learned about my own family. The first thing I would say to readers is to begin asking questions. I have a family tree (along with lots of other links) on my website. http://www.lisalewistyre.com/family-tree/

On the back is a place for a story from each side of the family. Get your parents and grandparents talking. Think about significant historical events, the Civil War, civil rights, Vietnam, etc. and ask what people in your family were doing during that time.

You may find family members who made mistakes, but that is part of being human. Learn from it and vow not to make the same errors.

JOY: What’s next for you?

LISA: I’m currently working on my second book! It’s about a girl, who after the death of her mom, finds that when she was born she was placed for adoption for eight days before her mom changed her mind. Rather than go live with some unpleasant relatives, she sets out to find the family her mom originally chose for her.

JOY: Thanks for chatting with Project Mayhem, Lisa! You can find Lisa at her website, on Twitter, and you can buy LAST IN A LONG LINE OF REBELS here and here and here.
Posted by Joy McCullough-Carranza at 11/12/2015