What's In Your Wallet by Robert Lettrick

I know for many of you, I could end this blog entry now, and it would have been a completely satisfying read. 45 days! That’s nothing. We’ve been patient this long, and as the saying goes, good things come to those who wait (which is why Glenn better be alive after last Sunday’s Morgan-centric episode of Walking Dead, or else!). 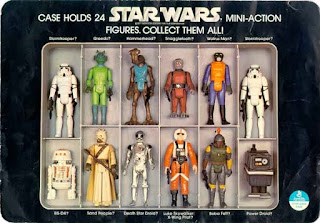 As a person born in the early 70s, Star Wars came out when I was an impressionable little kid and POW! it hit me where I lived. New Hope grabbed my imagination like a tractor beam I could not escape (although Phantom Menace nearly jettisoned my escape pod.) From that day forward my relatives never had to ask what I wanted for my birthday, they just had to ask which Star Wars action figures I hadn’t collected yet. I spent hours dreaming up noncanonical adventures for my plastic people, and the only hard and fast rule was that Luke Skywalker always got the girl (until Return of the Jedi, and then ew.) In a way, action figures are a form of fan fiction, and in that regard they were my earliest attempt at storytelling. Star Wars set me on a creative journey that would eventually bring me to the world of publishing.

If I were to show you the contents of my wallet, you’d find some important items and some not-so-important items: driver’s license, a credit card, my business card, three different library cards, my gym membership card, a photo of my family, a boarding pass for a flight to Boston, a coupon for Mello Yellow Zero, etc… It’s a specific-to-me collection of identification that would provide a pick-pocket with a fairly good idea of who I am as a person. It wouldn't convey the complete image, but certainly a kind of composite sketch of my life. Using a wallet as a metaphor to identify why I became a writer, it’s safe to say that Star Wars (the original trilogy, anyway) is the driver’s license. It was powerfully influential at the perfect time, so much so that it nudged me in a new direction and off I went and I never looked back.

A desire to become a writer is rarely the result of just one wallet item.  Instead it’s a combination of all kinds of things: books, music, art, people, places, etc. The content of our metaphorical billfold is the complex answer to the question What made you decide to become a writer?

As an experiment I made a list of my major influences, and the results were fairly interesting (to me, so feel free to skip the following section and jump right into the mining of your own wallet). My list is unique. Your list is unique. Do you still enjoy those influences? Do they still inspire you? Can you see them peeking out through your stories all these years later? In what ways? Make a list and pin it to a cork board for when you need a reminder of all of the powerful influences that inspired you to become a writer.

After rooting around my wallet, here are a few of the items I found. 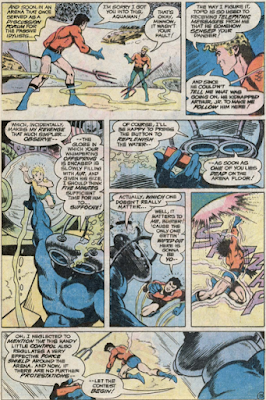 The very first reading material I ever picked out and bought with my own money. I knew Aquaman from the Super Friends cartoon so I was expecting something light. I couldn’t have been more wrong. Not only did the comic book introduce me to the concept of pacifism, but it featured the death of an important character—Aquaman’s son, a boy younger than I was at the time. Unlike most comic book characters, as far as I know, Arthur Jr never returned to the land of the living. I learned at an early age that characters die in stories, even the innocent ones. 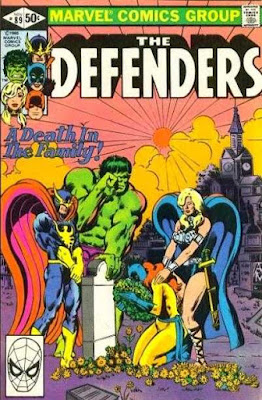 The second comic book I ever purchased. It was notable because nothing super-heroic happened at all. There was a funeral for a character’s elderly mother, Nighthawk used his robotic wings to fix a TV antenna, his alter ego was audited, and the Hulk went grocery shopping, only to come home with a hundred cans of baked beans. That was it. But it was great writing and it taught me that in skilled hands, characters can be just as compelling eating baked beans as they are when they’re saving the world.

A Wrinkle in Time 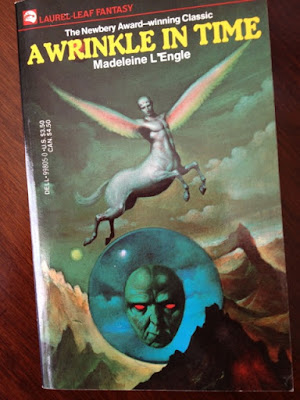 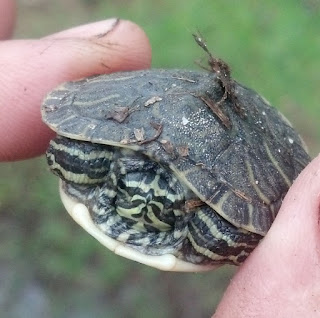 Growing up, nature was all around me. I lived near a swamp, a pond, a forest and fields. I chased crayfish and fireflies and frogs and rabbits, and that’s why nature is a major thematic element in my books today. #Whyiwrite To get kids excited about science. I got my sister's hand-me-down books and her hand-me-down crayons. My stormtroopers raided her dollhouse. We opened our first business together, a veterinarian clinic on the muddy bank of a swamp behind our house. We played together and in that regard we co-wrote stories together. 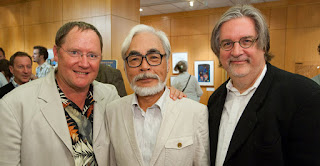 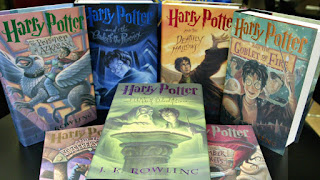 Until I read The Sorcerer’s Stone, I was determined to be a comic book artist. Harry Potter changed all of that. The quality of the writing, the power of the message, and the sheer fun of Rowling's world is the lofty benchmark to which I aspire.
I’d love to hear from other Mayhemers and our readers. What are some of the influences that brought you to the world of middle grade books. What's in your wallet?
Posted by Robert Lettrick at 11/04/2015