In the school district where I used to work, social media as an instructional tool was forbidden. Facebook and Twitter were blocked on our network. When I set up a blog for my classroom via the district’s Google Drive account, the technology director blocked access to it from school computers and then took down the blog itself. Her explanation: “Blogger is unsafe for students because the “Next Blog” button at the top of the page can take them to any blog at all.”

“Isn’t that what happens when they use Google?” was my counter-argument. She didn’t dignify my question with a response. Blogs were dangerous. Anybody could see that.

It’s ironic because our district constantly held workshops on how teachers should be using more technology. But it was all lip-service. My district was afraid of technology and its ability to link our students with the outside world.

The technology director said that if we wanted a blog we had to use EduBlogs, a clunky, cumbersome, and often malfunctioning service that was self-contained and inaccessible to the outside world. Which defeats the purpose of having a blog -- a purpose she didn’t understand in the first place.

Thankfully, some schools take a more enlightened approach. They realize that the “social” in social media is the perfect hook for getting students invested in real and dynamic learning.

I was thrilled to get this Tweet from a school in Miami last March: 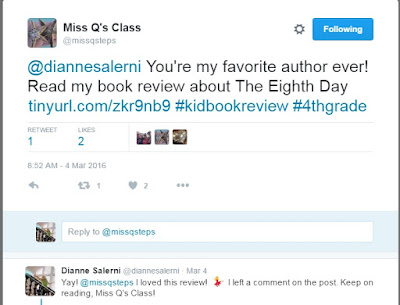 Turns out this fourth grade class has their own review blog (and yes, it’s through the very dangerous Blogger). They post their reviews and use the class Twitter account to promote the blog and tag the author.  Reading their Twitter feed, it’s obvious to see how excited the students are when authors reply and comment on their blog. 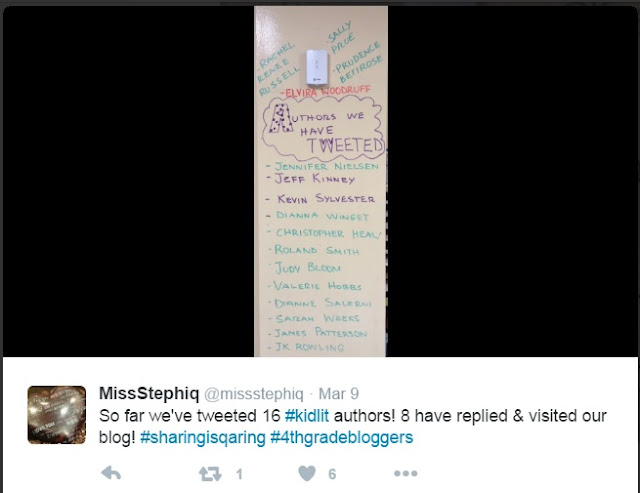 Then, there was this Tweet, which alerted me to another clever way some teachers are using Twitter. 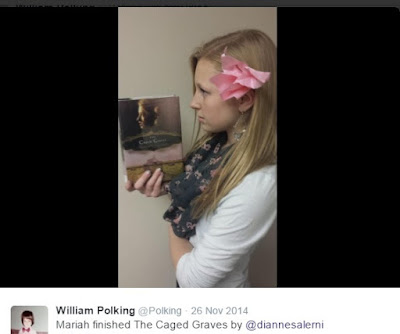 Cover recreations! Or in some cases, re-interpretations. The authors are tagged in the Tweets. Here are a few more clever ones from this account. 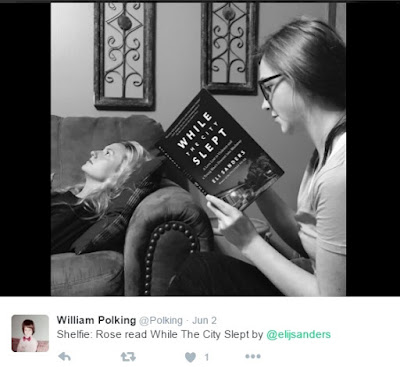 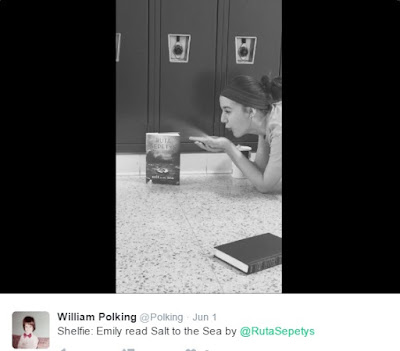 Here’s a couple more. (I clipped out the Tweets because they had the students’ personal Twitter handle included.) 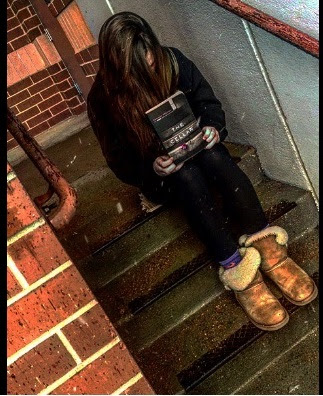 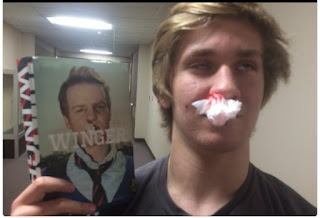 It’s a brave new world that lets readers reach out so easily to authors, and it’s hard to think of a more authentic way to engage students in dialogue about books.

Teachers should make good use of it. And their administrators should let them.