What is in an Editorial Letter?, by: Marissa Burt 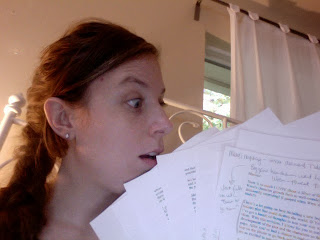 Last month I was wading through the first draft of my new project, and now I'm neck deep in revision notes.  I just received my editorial letter from my wonderful editor Erica Sussman about my next book, which is now officially titled A SLIVER OF STARDUST.

Several Mayhemers have written fabulous posts on revising a manuscript (check out what Paul, Matthew, Dee, and Tracy have to say - outstanding advice all around), and I thought to focus this post on the editorial letter.  During the publishing process, authors typically receive several of these, depending on how many revisions your manuscript needs.  As with so many things in this industry, there's no set way to do this, and the level of interaction really stems from the unique relationship between writer and editor, but the general idea is that after you submit your first draft, your editor reads through it and sends you broad editorial notes.

Typically, these have to do with what isn't quite working in the story, gaping plot holes, weak character development, or things that might feel derivative.  Editor Erica, is definitely an encourager, so she sandwiches everything between an opening and closing that includes what she liked about the story and then tosses out lots of different ideas to help me brainstorm.

I'll translate her letter for you in abbreviated form here:

Opening paragraph: Hooray!  This is what I love about the book!

Segue: We've got some work to do.  Here's what I'd like you to broadly focus on.  Smiley faces included to make me feel better.  And they remarkably do.  :)

Subheading: PLOT STRUCTURE - Here's what isn't working with the timeline, the stakes, the setting, or the placement of characters.  She also might include a few chapter-by-chapter notes here.

Subheading: PLOT ELEMENTS: Since I write fantasy, a lot of this has to do with world-building, magic, or character motivation.  Perhaps Erica might point out what isn't quite working, what's inconsistent or confusing, and offer suggestions on how to unknot tortured plot points.  For me, this is always by far the biggest segment, because I draft more as pants-er, which leaves a lot of tangled world-building for the revision stage.

Subheading: CHARACTER BY CHARACTER notes: Here is where Erica will address inconsistencies with the main characters and areas where development is weak.

The deadline: It's always too much time (plenty of room to procrastinate), and never enough (I will be panicking mid-November). 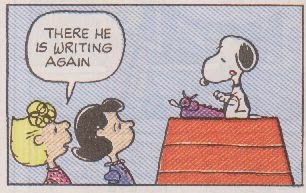 Several years ago, when I received my first editorial letter, I was completely overwhelmed, because it felt like there were so many flaws in my book!  How had I never seen them before?  And seeing that my work needed so much revision was a bit demoralizing.  But these days, I'm eager to get that letter.

Now, when I've finished a first draft, I know it's not finished yet.  I am confident that there are loose threads and plot holes and character inconsistencies and all the rest, but I'm usually too close in to the project to identify them.  This is why I think it is so important for an author to really welcome constructive criticism from those with editorial skills, whether that be someone formally editing your project or a crit partner.  And the best editors don't tell you what to do, they just highlight the problems you have.

My recommendation is that when you first get editorial notes from anyone you've asked for input, sit with them awhile.  Read through their thoughts, let the ideas soak, but don't start deleting immediately. After a few days revisit the comments, and you'll be surprised at how much easier it is to move past any hidden stings in the critique and really see the weak areas in your story.  And then, get to it.  My favorite method of revision is a ruthless one.  You can save everything you cut into an empty word document in case you revisit it later, but I doubt you will.  Instead, surprise yourself with where the story takes you.

What do you think, readers?  What was the best editorial advice you received?  Your first impressions on getting an editorial letter?

And now I should probably take my own advice.  Back to the revision table.  See you in November.