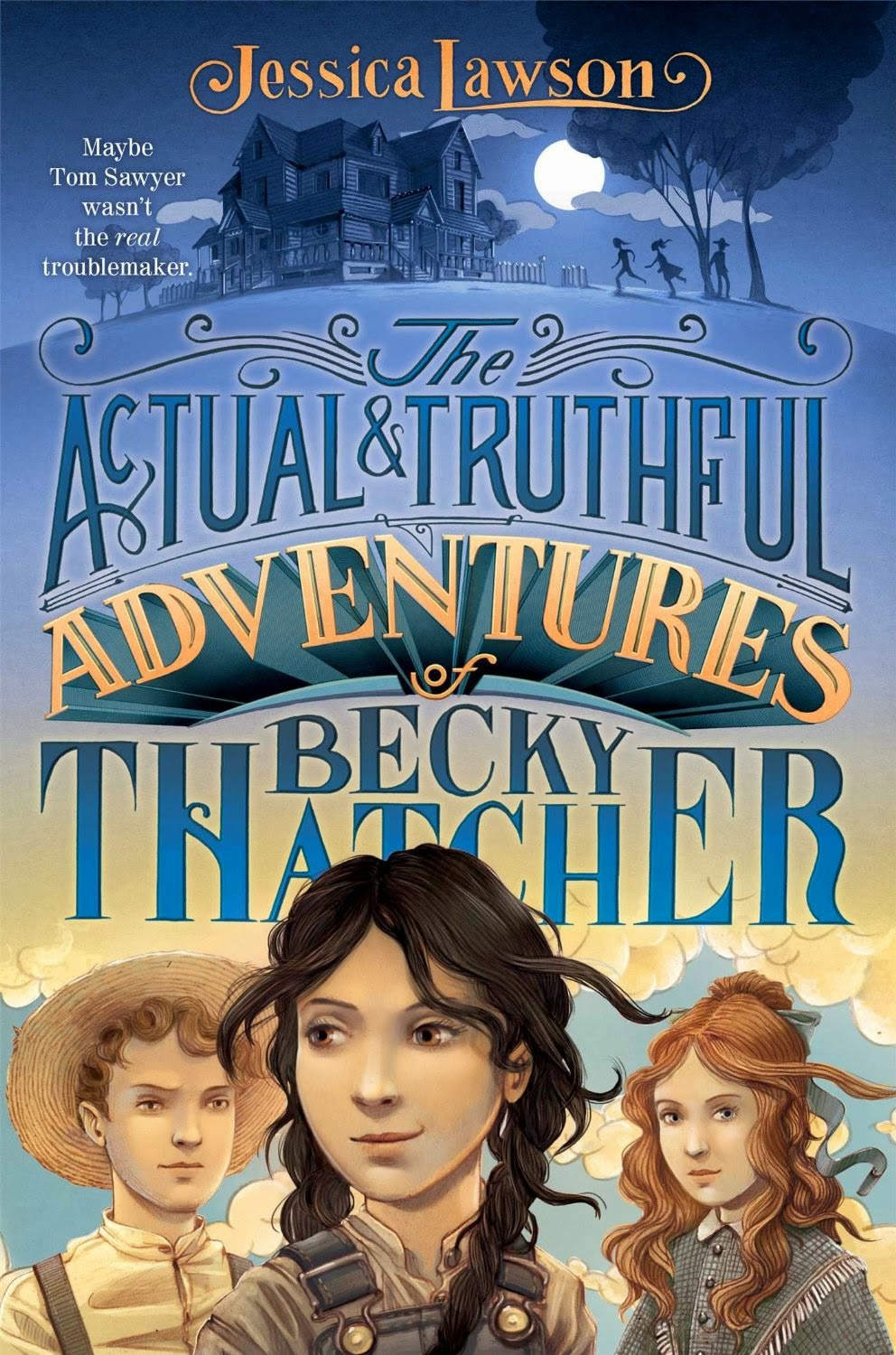 UPDATE: The winner of the ARC is Prerna and the winner of the Tina Wexler critique is Davy! Winners have been contacted. Thanks everyone for your awesome suggestions of fun spin-off characters! I hope you'll check out BECKY THATCHER when she's out in July!

Hey, Project Mayhem! I am so super excited and honored to be giving away an amazing ARC – THE ACTUAL & TRUTHFUL ADVENURES OF BECKY THATCHER by Jessica Lawson, which debuts on July 1st. I am ALSO thrilled to be giving away a query critique by Jessica’s powerhouse agent, Tina Wexler!! So read on for an interview with both Jess and Tina, and see below for more details on the giveaway of this hilarious and poignant middle grade debut.

PM: Jessica, why do you write middle grade? Is there one quality you think all middle grade books should have?

JESSICA: I’m a nostalgic person by nature, and those middle grade years, 8-12, were some of the happiest of my life. It was also the time that I truly fell in love with books, and still breaks my heart when I walk into the children’s section of the library and know that I’ll never have time to get to know all of the characters there.

In terms of qualities I think all middle grade books should have, I’d say at least a moment or two of humor, an instance or two of adventure, and either an overarching or underlying sense of heart.

PM: Taking on a classic like Tom Sawyer takes some serious ovaries. Tell us about how you arrived at the idea, and how you decided Becky's story needed to be told.

JESSICA: Oh, I don’t know that it needed to be told, but it sure was fun to write. For me, it wasn’t a matter of taking on Twain with the intention that a Tom Sawyer connection would be my “in” with publishing (although I made sure that Samuel Langhorne Clemens was the first person I listed in my acknowledgements for Becky T.). At that point, I’d written quite a few manuscripts so I wasn’t thinking about much other than writing down the story in my head, an idea prompted by revisiting the world of Tom Sawyer while dusting my bookshelf one day.

The Adventures of Tom Sawyer caught my eye. I hadn’t read it in years and found myself thinking about Tom and Huck and all the adventures they had together. And I thought about Becky Thatcher, the nicely-dressed, finely-coiffed young girl who represented all that was good and pure to Tom—a girl who was distraught at discovering that Tom had been “engaged” to someone else. At Becky’s age, I was more likely to start a game of let's swipe cookies from the cabinet and make a secret hideaway under the porch than to wear dresses and play at being engaged. Being a tree-climbing, mischief-making, cops-and-robbers-playing kind of girl, I always related more to Tom and Huck than to Becky.

I decided that my version of Becky would be an adventurous young girl in overalls, with a smart mouth and a big heart. I decided that she would face the trials and tribulations of growing up, spit plenty of cherry pits, and be able to appreciate a fine piece of bacon.

For various reasons I set the idea aside for a while, and when I was ready to write this Becky’s story, I jotted down a few sample pages and sent them to CPs like you, Joy, for a voice check. You gave me some great feedback, and off I went. It was the fastest draft I’ve ever written (not that it didn’t need lots of follow-up work!) and became the manuscript that got me an agent and a book deal.

PM: After a long agent search, you landed one of the best around. Any querying tips?

Don’t be afraid to aim high. Newer agents that are interested in your genres (particularly those associated with established agencies) are wonderful to query because they’re looking to build their lists a bit more, but don’t be afraid to try for agents who have bigger clients and limited interest in acquiring new clients. If they’re open to queries, then they’re still looking to fall in love with new material—maybe your new material!

And don’t be afraid to query an agent who has previously rejected one of your manuscripts. Agents get a ton of submissions and they aren’t going to hold it against you if you’ve submitted 2 or 3 projects that haven’t been a fit.

Jess’s agent search was worth the wait, because she ended up signing with Tina Wexler of ICM, and Tina has graciously agreed to give away a critique of either your query or your first page to one person who comments on this blog post! I asked Tina a couple questions.

PM: Tina, what intrigued you about Jess's query?

TINA: I have always been interested in retellings that give voice to a character—and specifically a female character—who played a bit part or was overlooked in the original version of the story. So Jessica’s pitch, putting Becky Thatcher front and center, immediately appealed to me. Also, her query perfectly captured Becky’s voice, and it had such spark. How could I resist?

PM: Why did you decide to offer rep after reading the manuscript? What do you love about BECKY?

TINA: I offered representation because this adventure story, with its spunky girl protagonist and great sense of humor, spoke to my heart. Yes, there’s plenty of hilarious mischief-making, but underneath the dangerous fun is a story of a girl struggling with the loss of her brother. That emotional grounding is what I’m looking for in everything I represent. It’s what makes me fall in love with a character, what made me fall in love with Becky. It’s why I’m a reader, and why I think other readers will really connect with the book. 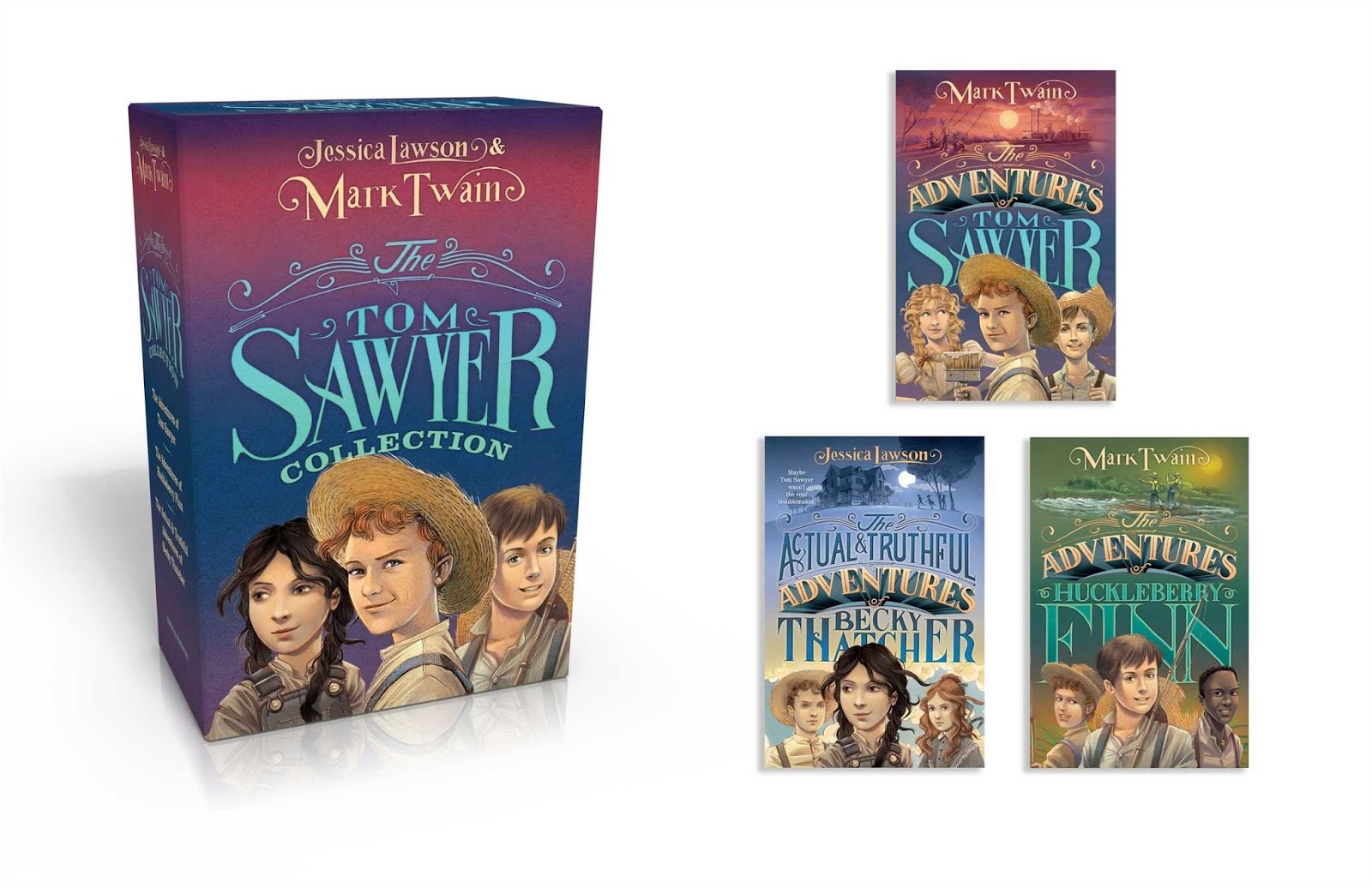 (Check that out! BECKY is being released in a boxed set with a couple books by some guy named Twain!)

And you will, you guys. You really will fall in love with Becky (and the amazing art by Iacopo Bruno)! I’m so excited to share an ARC of THE ACTUAL AND TRUTHFUL ADVENTURES OF BECKY THATCHER with one commenter on this post. I planned to do one of those giveaways where you get entries for following and liking and adding Jess, but she was insistent that no one have to jump through hoops. ‘Cause she’s sweet like that. (But you definitely should follow her and like her and add her, because you do not want to miss Becky when she comes out!) So all you have to do is leave a comment! (Though we do ask that you follow Project Mayhem to be eligible.)

To be entered to win the ARC, tell us which side character in a classic MG book you’d like to see get their own spin-off novel, and make sure we have a way to contact you. If you want to be entered for the critique, mention that in your comment, too! On April 11th, I’ll pick one winner for the ARC and one winner for the Tina Wexler critique. I’ll update this blog post then and notify the lucky winners!