HEROES & VILLIANS #2 : Villains Are People Too: Why Understanding Bad is Good

Here at Project Middle Grade Mayhem, we're starting an informal series focused on Heroes & Villains in Middle Grade Literature. We'll be sharing some of our favorite examples, maybe some poor examples (and why they didn't work), and writing about and discussing heroes and villains, and why they are so important to story, whose most important aspect has always been character.

Back by popular demand is editor and author Harrison Demchick. Joining us for a Heroes & Villains guest post, Harrison will bring more of his literary wisdom to our virtual table. -eden 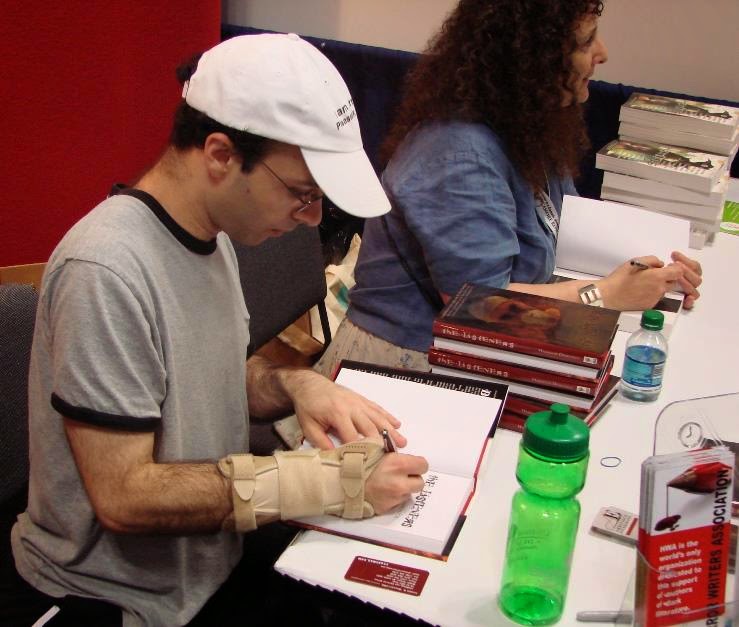 Suppose there's an amulet kept within a cavern situated at the top of the world's tallest mountain. Your hero has spent days scaling the bare face of this mountain, knowing all the while that the fate of all humanity depends on attaining this amulet. She's driven and determined, but as she nears the top, pulling her way up onto a jagged cliff, she finds herself face to face with your villain.
But why is the villain here?
Broadly speaking, there are only two possible answers to that question: He's either here to achieve his own goals or he's here to stop the hero.
Functionally, these may well be the same thing. Either way, he's probably going to do everything in his power to send our hero flying back down the mountain. But in fact, the answer to this question is extremely important, with implications that resonate throughout your entire novel.
Let's look at this another way: Is your antagonist a genuine character, or is he merely an obstacle?
This is a problem faced by many authors operating in genres with a strong hero/villain dynamic. You see this in science fiction and fantasy, and also in mysteries and thrillers. A lot of time has been put into crafting the protagonist, as it should be, given how much of story comes down to that character. The development of the protagonist from start to finish nearly always reflects story arc. The struggle of the hero defines the novel.
But it can't define the villain.
Oftentimes, a villain is crafted purely to be the obstacle in the way of the hero. Whatever the hero wants, the villain doesn't want him to have. Whatever it serves the story for the villain to do, the villain does. And it's clear why this happens. You want your story to have conflict, and the specific cause of conflict is obstacles that stand in the way of the hero achieving her goals.
But for obstacles to resonate as significant and feel authentic, they need to have a reason for being, and that reason is not purely to make things difficult for the hero. When it comes to a villain, if all he does is stand in the way, he will be, at best, a cipher, and quite likely a series of contradictory characteristics and motivations. I've edited a number of novels in which an antagonist kills someone here or reveals himself there purely to generate suspense and conflict with the hero, even though such actions run directly counter to the villain's own goals and motivations. Someone who behaves like that will never feel authentic to the reader, and inevitably that limits conflict.
What this means is that you need to develop your story from two angles. You want to know what the hero does, of course, and what she experiences, but you also need to conceive this story from the perspective of your antagonist. You need to know how he imagines things playing out. You need to keep in mind at all moments what he's trying to accomplish.
You know who's really good at this? Project Mayhem blogger Eden Unger Bowditch.
The great threat in Eden's Young Inventors Guild books is the mysterious Komar Romak. As the editor of these books, I do know the secret of Komar Romak, and while I have been sworn to absolute secrecy, what I can tell you is that Eden knows so much more than she's revealed so far. She knows the history of Komar Romak. She knows the reasons for everything we see. That's what makes Komar Romak such a compelling and persistent threat.
The Young Inventors Guild novels don't include scenes from the villain's perspective. Your novel might—a lot of genre novels do. But regardless of whether or not readers spend any time with your antagonist, you need to do so. You need to put yourself into the head of your villain and understand exactly why he's there near the top of that mountain protecting that amulet. You need to know exactly how doing so furthers his plans, and if it doesn't, then he shouldn't be there.
Obstacles are crucial, and you need them in the way of your protagonist, but your villain is not an obstacle. He's a character—a fleshed-out person of your design. As long as he remains that way, you should have a pretty compelling dynamic on your hands.

Harrison Demchick is an editor with nine years of experience in the publishing industry. Specializing in fiction and memoir, he’s worked with children’s books, young adult books, and adult novels of all sorts, from mysteries to thrillers to chick lit to literary fiction and everything in-between. He’s currently taking clients as a developmental editor with Ambitious Enterprises (www.ambitiousenterprises.com), a creative services boutique. His debut novel, The Listeners, came out December 2012 from Bancroft Press.