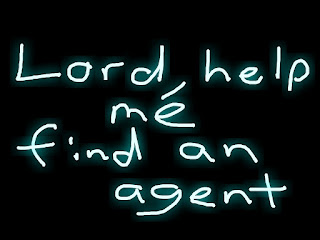 I began my search for representation by submitting my MG novel to four agents.  I immediately received two rejections.  The pain of being turned down was mitigated by a sense of gratitude for how quickly they read my manuscript.  It was obvious to me that they did actually read it.  Their email responses were lengthy and referred to specific aspects of the book.  I used this as a reminder that most agents are decent people who do their best to treat authors with respect.

There I was, full of gratitude but I still didn’t have an agent. 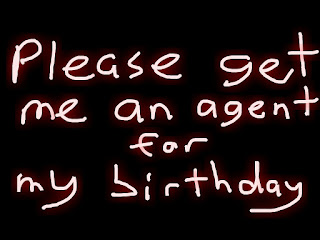 A few weeks later, on a Monday morning, I received a phone call from the third agent.  She said she read the book, enjoyed it immensely and would like to represent me.  I put my i-phone on mute so she wouldn’t hear me screaming in ecstasy.  She said she knew an editor at Macmillan who might like my book.  The next day, Tuesday, she submitted it to Macmillan.  Twenty four hours later, on Wednesday morning, I received confirmation from my agent that Macmillan wanted to publish ‘You Can’t Have My Planet But Take My Brother, Please’.  One week later, I received an email from the fourth agent, rejecting my manuscript on the grounds that she couldn’t sell it!  I received a rejection letter from an agent after I had a publishing contract!  Many of my friends urged me to send the agent a snide email, informing her of her catastrophic blunder.  I chose not to although I was certainly tempted.  I truly believe that taking the higher road is the way to go.

Not many people have ever heard of someone who landed an agent on a Monday and had a book deal by Wednesday.  It may seem like there was a great deal of luck involved, and there certainly was.  However, I did an enormous amount of homework on agents before I began submitting and I would encourage any other writers out there who are looking for representation to do so.  In my research, primarily through Publishers Marketplace and the network of SCBWI, I zeroed in on agents who specialize in Middle Grade.  In my opinion, having an agent means nothing.  Having the right agent means everything.  If you have an MG novel, what good is an agent who specializes in YA?

My agent is not a coddler.  She is all business.  She is incredibly honest and is not afraid to be direct.  I’m fine with that.  For those who wouldn’t be, there are certainly other agents out there who have a more tender approach.  The temperament of the agent is a key factor.  Can you get along with them?  Can you work together in harmony over the long haul?  I highly recommend meeting with an agent before signing a contract.  If that’s not feasible then an extended phone call is a must.  The most important thing to remember is that agents are just people.  They’re human beings just like the rest of us.  The more you keep that in mind, the greater the likelihood of success when you reach out!
Posted by Unknown at 6/01/2015