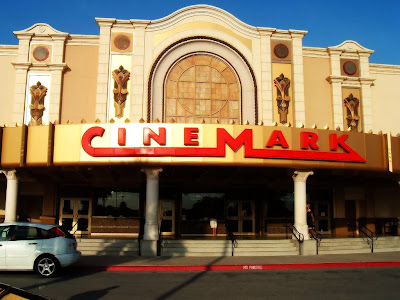 I recently saw my very first D-box movie. I didn’t even know what D-box was until a couple of weeks ago, so for those of you as un-D-box savvy as me, it’s motion-enhanced movie theater chairs that move along with the action on the screen. So when Harry, Ron, and Hermione went zipping along in the mining cars beneath Gringotts, it felt like we were riding the rails along with them. And that plunge that Harry and Voldemort take off the heights of Hogwarts in the last minutes of the movie—well, I felt a bit like I was going to tip out of my theater chair, lol.

D-box is not quite as intense as those movie-type rides at Disneyland or amusement parks—yet—but I don’t think I could sit through two hours of my theater chair moving quite that forcefully, anyway. Besides, it would make eating popcorn a bit hard. Still, the combination of digital 3D and a motion-enhanced chair made for a pretty high-tech movie-going experience. And I have to admit, it was fun. But would I go out of my way to see movies in D-box on a regular basis—and pay the steep price for the tickets? Probably not. Let’s face it—a good movie is a good movie even without all these added bells and whistles. I have many friends, in fact, who refuse to see movies in 3D because they feel it’s distracting and unnecessary and actually takes away from the movie experience.

This makes me think about a conversation I recently had with a manager of a bookstore about the future of books now that they’ve entered the electronic realm. He predicted we would see ebooks becoming more and more high-tech and interactive. For example, instead of a simple illustration of a door on the screen, the reader would be able to actually open the door with a touch, revealing what was on the other side. Now, don’t get me wrong, I’ve got nothing against ebooks. But I think I can do without such frivolities as interactive illustrations. To me, there’s something about this that depersonalizes the experience. Wouldn’t a young reader—or any reader for that matter—be better served imagining a dragon soaring across the sky rather than dragging a graphic of a wing-flapping dragon across their ereader screen? 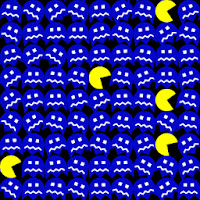 There’s a possibility, too, that we’ll see ebooks become more gamey, e.g. you’ll have to solve a puzzle or win a game in order to move on to the next chapter, etc. Now this idea really makes my heart ache. I hate the thought of books being reduced to a form of video game. No thank you. It’s not a game—it’s a book!

Personally, I think books should be about words and stories, not interactive graphics and games. It’s not for me—and I definitely think it would detract from the reading experience.

I guess I’m kind of old school about such things. What do you think about books going high-tech?