The Ebbs and Flows of the First Draft 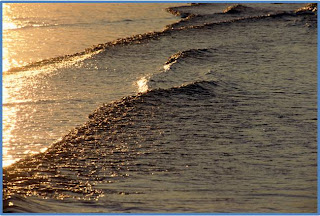 I’m moody. It’s the first step: admitting you have a problem. I’m not in denial by a long shot. And I’ll take it a step further and admit that this moodiness transfers to my writing as well. That darn first draft will do it to anyone, but with a moody person like me, well, it’s like I’m on a crazy roller coaster and the only way to stop the many ups and downs is to finish the stinkin’ ride. Comparing a first draft to a roller coaster ride is only partially telling, since a roller coaster ride consists of a set amount of time that has a start and an end. But when writing a first draft, it feels like the ups and downs are constant and never-ending. This is why I like to compare the first draft’s ups and downs to the ocean tide with its constant ebbs and flows.
The Flows: There are times when the writing world is beautiful and things are humming along. The ideas come without even asking them to, and I feel like the keyboard is the most welcoming conduit between my brain and the natural telling of the story. I’m happy as a clam when I’m in this kind of groove, and I’m loving all things writing.
The Ebbs: Then there are times when everything sucks and the words are forced. Nothing rings true, my voice is inconsistent and flat, and my characters won’t speak to me. I’m the most irritable person in the world when this happens and I feel like I can’t write at all. That hairy monster, Mr. Doubt, has replaced me at the keyboard and is laughing at me. 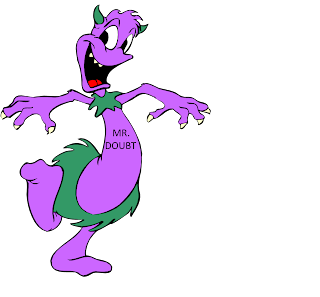 So you’d think someone who recognizes these ups and downs would be more comfortable when they surface and have a plan of attack for dealing with them. Right? Um...kinda. What I mean is, I have tried so very hard to tell myself “this too shall pass” when I’m up against an ebb, and it helps to a certain extent, but what I’ve found helps a bit more is to stop writing—period—and go back to something else I’ve written that is 100% polished. It builds my confidence back to where it needs to be, and then I find that if I go back to that point in my first draft where the ebb occurred, the ebb subsides and I get back into the flow. Don’t get me wrong, the ebbs still stink like fish left out in the blazing sun for a week. But it’s good to have a method to help get back in the flow.
You probably won’t be surprised to hear that I’m in the middle of a first draft at the moment, so I’d be happy to add your strategy to my arsenal because I’m sure I’ll face a few more ebbs before I’m finished. So, tell me, what do you do to help avoid, or get out of, the many ebbs of the first draft?
Posted by Mike Winchell at 8/01/2011