7 Ways to get Agents to Bounce You Fast! 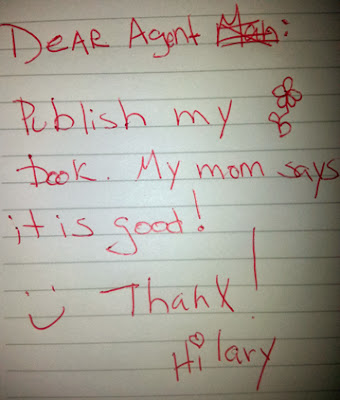 Some of these might sound silly, but in many cases you don't know until you know. Think of an agent as your ultimate employer and you're on the job interview of your career. Take it seriously. Doing the wrong thing can make you look unintentionally thoughtless or unprofessional. I think we've all made a mistake or two when we've sent out queries, but maybe one or two of these suggestions will help you avoid some common pitfalls. Please feel free to add on to this list in the comment section.

#7 Comparing your book to Harry Potter
It's never wise to compare your book to Harry Potter, Hunger Games, Hugo, or any other bestselling book when sending your initial query. If the agent specifically asks for a comparison to something that's already out there, make sure your comparison is relevant. If your book is truly about a school for wizards, then sure, go ahead and give it the old Harry Potter try, but also think about your writing style. Do you have a similar style to JK Rowlings or is your style more comparable to Rick Riordan, though the subject matter is different? Think about this. Don't give a hasty answer that's going to make an agent question your authority.

#6 No Crazy Fonts
You'd think this one would be a no brainer, but you'd be surprised. Think of your query as your resume. Would you send an employer a resume in Comic Sans? Unless you're applying to clown school, I sure hope not!

#5 Typos
Believe it or not, I've critiqued several "final" query letters with typos in them. Be sure, sure, sure, there aren't any typos in your query. If you have a typo or two in a 250 word letter, how is your manuscript going to look? Not to mention, it comes off as careless.

#4 Too Many World Words
Sending a query using too many of your world's terms can be downright confusing for anyone other than you. For example, if you've written a Science Fiction novel, don't describe humans as Torvacs and dogs as Bollas because that's what they're called in your book. A. The agent is not going to understand that during the first read through. B. They don't want to have to read your letter more than once to understand what you're trying to say. C. If you try and explain what a Torvac and a Bolla is in your query letter, you're going to eat up valuable query space. Space that could be the difference between a request for a read or a rejection.

#3 Querying the Wrong Agency
This makes you look like you don't care or you think your book is so awesome the adult mystery agent you're querying is going to throw all caution to the wind and rep you, even though his website clearly states, "I only represent adult mysteries." Take this very seriously. An agent's time is just as important as your time. This is aggravating and insulting when writers continually send work that doesn't fit the agency or agent. Not to mention, agents rep what they rep for a reason. They like what they rep and that's the world they live in. The publishing world might be small, but believe it or not, agents generally only have contacts within the world they dwell. In other words, Adult Mystery Agent is not going to know what editors to send your middle-grade high fantasy to.

#1 Not Following Directions
Listen, I know writing a synopsis is torturous, but if an agent is requiring one along with your query, you better darn well send it. If you don't, an agent is going to think you think the rules don't apply to you, or even worse, you're not a good enough writer to tackle a synopsis. If you don't want to write the thing, than do yourself a favor by not querying the agents who require them. Read agency websites carefully along with the profile of the agent you are sending your query to. The agency website might say one thing, but the agent's profile on the site might ask for something different or something in addition to the agency submittal instructions. If the agent says "Query Letter Only", don't send the first ten pages of your manuscript. If they say, "Please attach the first ten pages of your manuscript", don't attach the first twenty. Following directions is a big deal. Think about it, if a company's dress code is formal business attire and you show up for your interview in shorts and Birkenstocks, do you really think you're going to land the job? Think again.
Posted by Hilary Wagner at 11/05/2013