I'm swamped this month, with a work for hire project and two novel releases, so I'm sharing a writing tip adapted from my book Advanced Plotting. Here’s part of How to Write Vivid Scenes.

Each scene is a mini-story, with its own climax. Each scene should lead to the next and drive the story forward, so all scenes connect and ultimately drive toward the final story climax.

A work of fiction has one big story question – essentially, will this main character achieve his or her goal? For example, in my Mayan drama The Well of Sacrifice, the story question is, “Will Eveningstar be able to save her city and herself from the evil high priest?” 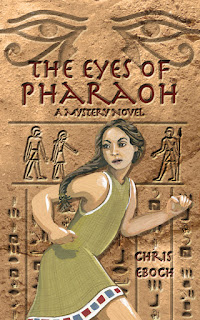 In my historical mystery The Eyes of Pharaoh, the main character hunts for her missing friend. The story question is, “Will Seshta find Reya?” There may also be secondary questions, such as, “Will Seshta win the dance contest that could make her famous?” but one main question drives the plot.

Throughout the work of fiction, the main character works toward that story goal during a series of scenes, each of which has a shorter-term scene goal. For example, in Seshta’s attempt to find Reya, she and her best friend Horus visit the barracks where Reya lived, ask questions at the market, and spy on a foreigner.

You should be able to express each scene goal as a clear, specific question, such as, “Will Seshta be able to track the foreigner's chariot?” If you can’t figure out your main character’s goal in a scene, you may have an unnecessary scene or a character who is behaving in an unnatural way.

Scene questions can be answered in four ways: Yes, No, Yes but…, and No and furthermore….
If the answer is “Yes,” then the character has achieved his or her scene goal and you have a happy character. That’s fine if we already know that the character has more challenges ahead, but you should still end the chapter with the character looking toward the next goal, to maintain tension and reader interest. Truly happy scene endings usually don’t have much conflict, so save that for the last scene.

If the answer to the scene question is “No,” then the character has to try something else to achieve that goal. That provides conflict, but it’s essentially the same conflict you already had. Too many examples of the character trying and failing to achieve the same goal, with no change, will get dull.

An answer of “Yes, but…” provides a twist to increase tension. Maybe a character can get what she wants, but with strings attached. This forces the character to choose between two things important to her or to make a moral choice, a great source of conflict. Or maybe she achieves her goal but it turns out to make things worse or add new complications. In my soon-to-be released book The Genie’s Gift, there's a scene where the heroine tries to rescue a magical bird. She succeeds, but the bird gives her a new task. 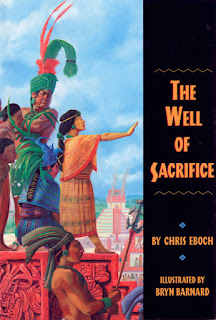 “No, and furthermore…” is another strong option because it adds additional hurdles – time is running out or your character has a new obstacle. It makes the situation worse, which creates even greater conflict. In The Well of Sacrifice, Eveningstar tries to escape the city, but her plan unravels when she discovers that the evil high priest is holding her sister hostage.

One way or another, the scene should end with a clear answer to the original question. Ideally that answer makes things worse. The next scene should open with a new specific scene goal (or occasionally the same one repeated) and probably a review of the main story goal. Here’s an example from The Eyes of Pharaoh:

Scene question: “Will Seshta find Reya at the army barracks?”
Answer: “No, and furthermore, she thinks the general lied to her, so Reya may be in danger.”

Next scene: “Can Seshta spy on the general to find out the truth, which may lead her to Reya in time to save him?”

Over the course of a novel, each end-of-scene failure should get the main character into worse trouble, leading to a dramatic final struggle. Your readers will keep turning the pages until the end!

In Advanced Plotting, you'll get two dozen essays like this one on the craft of writing, plus a detailed explanation of the Plot Outline Exercise, a powerful tool to identify and fix plot weaknesses in your manuscripts. $9.99 in paperback; $5.99 e-book at Amazon, Barnes & Noble, or Smashwords.
Posted by Kris Bock at 11/04/2013

Email ThisBlogThis!Share to TwitterShare to FacebookShare to Pinterest
Labels: craft