Whose Story Is It Anyway? Keeping The Kids In The Spotlight 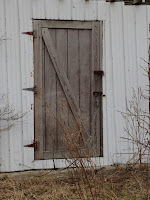 Middle-grade readers, whether they realize it or not, approach their books, their stories, like a 1920’s speakeasy.

Knock, knock.
A small panel slides open at the four-foot level.
“What’s the password?”
“Wedgie underwear fart soda skateboard.”
The door swings open and the middle-grade reader is ushered inside.
“Were you followed?”
“No. No, I don’t think so.”
“No adults?”
“I didn’t see any…”
Children read fiction to escape both from the perceived doldrums of their everyday lives and from the shackles of parent and teacher restraint. The last thing they want interfering in their fictional escape is the intrusion of another gatekeeper, at least not in the sense of anyone in anyway driving the story.
Gasp, why I never…

It’s true. My 10-year-old is already negotiating ages for certain video game and movie privileges. We’re currently scheduling tentative talks for five years from now. He can’t wait to be an adult so that he can make his own decisions.
Children don’t like to be told what to do in real life and certainly not in their fiction. Children want to read about other children in the role of the protagonist, as the hero. In this sense they can both relate, and inject themselves into the story.
Roald Dahl said that children were “engaged in a battle with a world of adults who were constantly telling them what to do.”
In other words, the middle-grade writer is best served by removing adults from the story as much as possible or, at the very least, removing them from any possible beneficial role. But that’s not realistic…what business does a bunch of fourth or fifth graders have running around town fighting mutant zombie robot clowns without parental supervision? It’s fiction. It’s a story. Mutant zombie robot clowns.
And while yes, we need adults in the story, particularly in the role of antagonist, foil, or secondary, supporting character (and Dahl did some fabulously hysterical satires of adults, a post I intend to pursue later), we have an obligation to make sure they do not try and steer the ship. This is not their story. This is the middle-grade protagonist’s story. 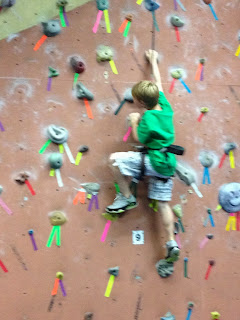 So, who is the biggest culprit? The biggest threat to taking over the story? Parents. Parents get in the way and muddle everything up. Parents want to be all, “Oh, look at me, I’m rational and logical and I know how to stop these mutant zombie robot clowns.”

Dude, no you don’t. First of all, you don’t even believe the kids. Second of all, you refuse to let them smear themselves in butter (something mutant zombie robot clowns are allergic to) because it will drip on the carpet and smear on the walls. And third of all, your answer is not to sneak into their secret lair and destroy the gummy brain, but to call the police. Problem solved, right? NO! The police chief is their leader. Thanks, Dad. Your logical, responsible approach just doomed us all to robot zombie servitude. Let the kids handle this…

So, what do we do with the parents? Remove them from the picture, either through deadly or creative means.
This is nothing new. Perhaps the trick now is not in their actual removal, but how creatively and/or quickly you can do it. Clear the stage for the middle-grade protagonist(s).

In The Witches, Roald Dahl wastes no time in removing the parents. He strikes them from the story in the first chapter (page 13 to be exact).
“…while my father and mother and I were driving in icy weather just north of Oslo, that our car skidded off the road and went tumbling down into a rocky ravine. My parents were killed.”

In James and the Giant Peach, Dahl tells us that James is orphaned after an errant, and angry, rhinoceros gobbles his parents up. Ok, that’s creative…

In Lemony Snicket’s A Series of Unfortunate Events, the Baudelaire children are orphaned on page eight:
“Your parents … have perished in a terrible fire.”
And as if that were not clear enough, Mr. Poe continues:
“They perished,” Mr. Poe said, “in a fire that destroyed the entire house. I’m very, very sorry to tell you this, my dears.”
To make it painfully clear, and to remove any doubt that the Baudelaire children are indeed on their own, Snicket writes:
“Perished,” Mr. Poe said, “means killed.”
Not only does this put the orphans on the road to being the heroes of their own adventure, but it also creates the wonderfully awful antagonist, Count Olaf.

And if car accidents and fires were not enough, Neil Gaiman, in The Graveyard Book, sets hand to purpose with the first line:
“There was a hand in the darkness, and it held a knife.”
On page five, we read, “The knife had done almost everything it was brought to that house to do, and both the blade and the handle were wet.”
Bod’s parents are gone and he finds himself the focus of the story. If a Newbery Award-winning author says it’s ok to kill off the parents, it certainly is worth considering this practice as allowable, acceptable even.

Ultimately, whether you choose to subject your fictional parents to auto accident, errant rhino, fire, knife, or other method of removal from the immediate picture, one things is certain: adults must not stand in the way of the child protagonist, nor be allowed to solve their problems.
Now go write those middle-grade stories. Give your protagonists the stage without being stepped on by adults.