First Page and Cover Analysis of The Girl Who Circumnavigated Fairyland, by Matthew MacNish 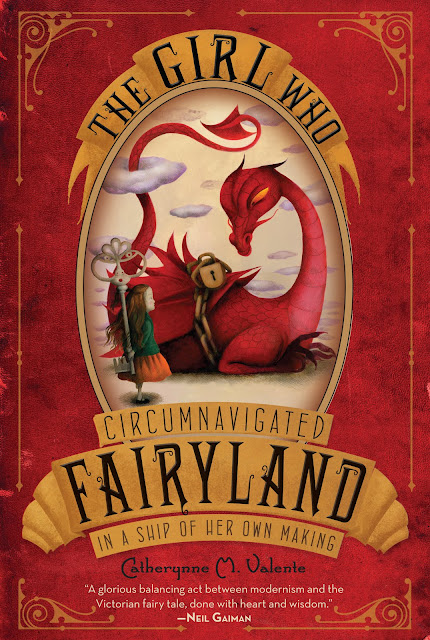 Technically, the title of this book is actually The Girl Who Circumnavigated Fairyland in a Ship of Her Own Making, which is a great, if somewhat long title, but just wouldn't fit as a post title.

Anyway, today I would like to take a look at the fascinating cover and first page of a very interesting middle grade novel. The cover, with the original illustration by Ana Juan, is gorgeous enough in its own right, but as a writer, it's the blurbs that really struck me when I first picked up this book.

The front cover is blurbed by Neil Gaiman, and that, of course, is impressive enough, but turn the book over, and you'll see none other than Tamora Pierce and Holly Black recommending the tale inside. But it doesn't stop there. Crack the book open, and take a peek at the inside jacket flap, and you'll see yet another blurb touting the originality of this story, this one from none other than Peter S. Beagle, who in case you don't recall, wrote this little book called The Last Unicorn. 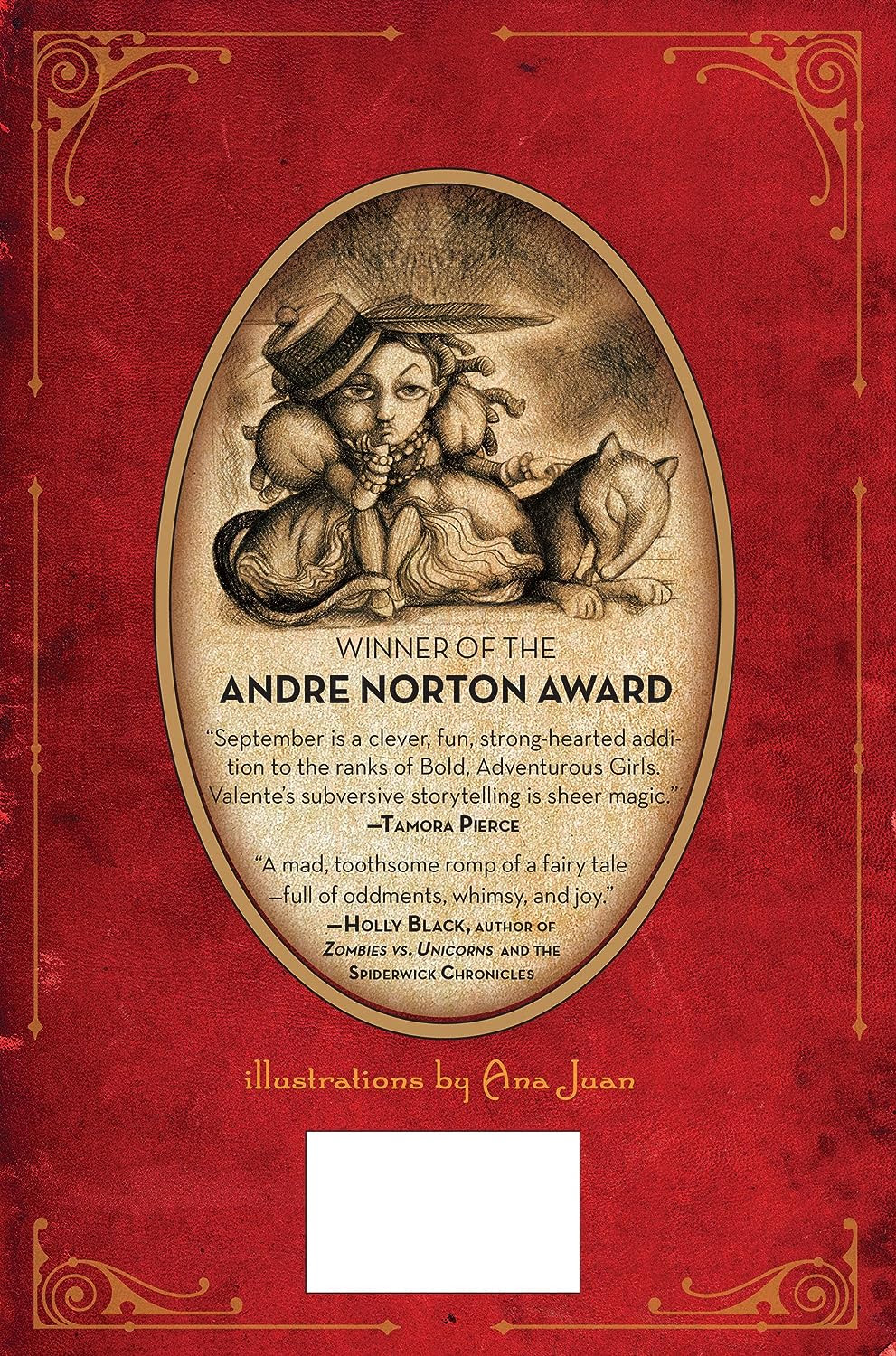 So anyway, I guess needless to say, my point is that as covers go, I was definitely impressed the moment this book showed up at my house (I won it and its sequel on Facebook, from Liz Szabla, who is the editor at Feiwel and Friends who published the book). With a title as inventive as this book has, I'm not sure it needed so many great blurbs to sell me on its story, but it couldn't have hurt, right? 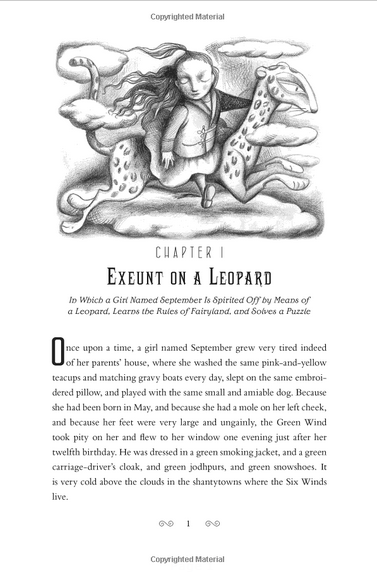 Beginning with another lovely drawing, the first chapter is titled Exeunt on a Leopard. What a great title, right? Sure, I had to look the word Exeunt up, but once I knew it was a stage direction, I was in love. From there, we have the chapter sub-title/heading: In Which a Girl Named September Is Spirited Off by Means of a Leopard, Learns the Rules of Fairyland, and Solves a Puzzle.

Well, as you can imagine, from there on out, I was in. I'm actually still reading this novel, and while I'll admit it can be occasionally a bit heavy handed in its verbosity, it's a fantastic tale, filled with some of the most inventive characters and imaginative circumstances I've ever encountered in a book. Certainly highly recommended, in case the cover, blurbs, and first page weren't enough to pique your interest.

Have you heard of this book? If not, how much of a role do covers and blurbs and such play in your decision to read a particular book?
Posted by Matthew MacNish at 11/18/2013