Percy Jackson is probably the most famous dyslexic character in middle grade fiction, inspired by Rick Riordan’s own dyslexic son. Wanting to engage his son with books and capitalize on his interest in Greek myths, Riordan created a world in which dyslexia was not a disability—it was a side effect of being a demigod. What's more, the things that are a hindrance in the classroom become some of Percy’s most valuable assets when battling hydras and Titans.

Seeing characters like Percy and his demigod friends turn their challenges into real advantages as they save the world is incredibly powerful for other kids with similar struggles. But not all kids are epic fantasy types, and Percy Jackson isn’t the only dyslexic in middle grade. I wanted to highlight a few of my favorites. 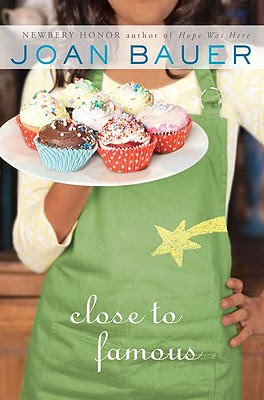 CLOSE TO FAMOUS – This beautiful contemporary novel introduced me to Newbery Honor winner Joan Bauer, and now I’m itching to get my hands on everything she’s ever written. Her protagonist Foster can barely read, but she’s a whiz in the kitchen. When she and her mother flee an abusive boyfriend and land in a quirky small town, Foster’s baking skills help her make friends. Her seriously delicious treats even help her befriend a reclusive Hollywood movie star, who helps Harper learn to read while Harper teaches her a thing or two as well. 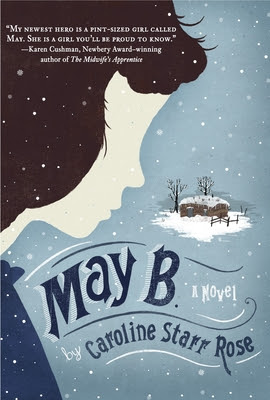 MAY B – Written by Project Mayhem contributor Caroline Starr Rose, MAY B is a verse novel about May, who struggles to teach herself to read while trapped alone by a blizzard on the American frontier. Caroline, whose own nephew is dyslexic, has received very moving feedback from readers who felt the book spoke directly to them. One said, “It was as if she were writing right into the places of my heart where those accusations of being careless and not good enough had settled. And she whispered that like May, I could overcome. I could hope for the good things even when they are hard. Thank you, Caroline. Thank you, May.” 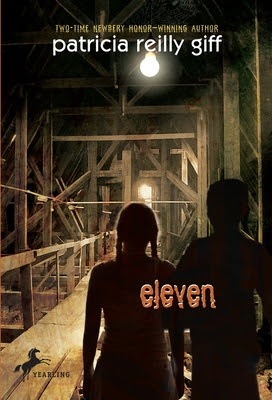 ELEVEN – Written by Newbery Honor-winning author Patricia Reilly Giff, ELEVEN is an engrossing mystery about Sam, an eleven year old with dyslexia who must make friends with a new girl so she can help him solve the mystery of his own abduction. This book beautifully balances a story about friendship and family with a suspenseful mystery. 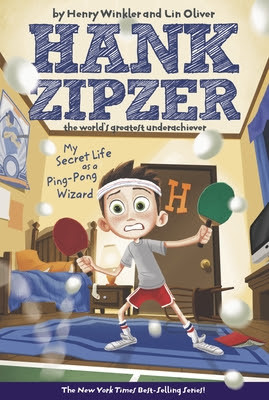 The HANK ZIPZER series – Written by Henry Winkler (that’s right, the Fonz), along with SCBWI executive director Lin Oliver, this lower middle grade series features a character based on Winkler himself as a boy growing up with dyslexia. Winkler says, “When I was growing up in New York City, no one knew what dyslexia was. I was called stupid and lazy…I spent most of my time covering up the fact that reading, writing, spelling, math, science—actually, every subject but lunch—was really, really difficult for me.” There are seventeen books in this funny, fast-paced series. 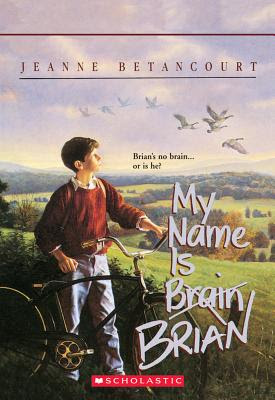 MY NAME IS BRAIN BRIAN – This straight-forward contemporary novel is written by dyslexic author Jeanne Betancourt, who points out on her website that Gustav Flaubert, W.B. Yeats, Hans Christian Anderson, F. Scott Fitzgerald, and Agatha Christie were all dyslexic. Of all the books listed, this book deals the most directly with the issue, showing the journey of a boy’s diagnosis with dyslexia. Betancourt also writes a chapter book series called PONY PALS, which features a dyslexic main character.

We’re all about middle grade here at Project Mayhem, but I would also like to give honorable mention to the brilliant young adult novel MAGGOT MOON by UK author Sally Gardner, who is dyslexic herself, and the poignant and wonderful picture books THANK YOU, MR. FALKER and THE ART OF MISS CHEW, which both show Patricia Polacco’s journey through dyslexia as a child.

Do you know of other great middle grade books that feature characters with dyslexia? Or books that show some other perceived disability in a new light? I’d love to hear about them!
Posted by Joy McCullough-Carranza at 11/25/2013