Recurring events: when to tell and when to show, by Yahong Chi

As a reviewer, I often get offered choices of books to review by my review editor, and often these are themed books which my editor knows I have a bit of expertise in. As a result, I identify certain trends in these novels since they follow similar structures. One such area is horseback riding: I've been a rider for seven years, and so my editor offers me first go at the equestrian-themed books for review. Inevitably in these novels, our protagonist will either attend a horse show, participate in a lesson or go hacking (a trail ride). Sometimes, these events happen multiple times.

Now, if the author described every single one of these occurrences, the repetition would just about kill any momentum the story had been building up to that point. Unless the events all have massive emotional potential to develop throughout, reading about the same actions would become tiresome and flavourless.

Therefore, it's an important author decision to choose which events deserve to be fully shown and which should be summarized in context. A good rule of thumb is to open with an important, well-developed event to ground the reader in the rituals and routines that go into the specific event. For example, in an equestrian novel, the story could open with a show jumping sequence that takes the reader along with the protagonist as she goes from warm-up with her horse to walking the course to entering the ring to the actual jumping to her finish and emotional reflection on her performance. Later on, future jumping shows need not be shown in their entirety because the reader is aware of how the expected routine should go.

This holds true for most, if not all, types of recurring events: soccer games, book club meetings, coding competitions. Even school can become too repetitive—if you're constantly using math class to show your protagonist's struggles in school, go to extra lengths to make sure these classes aren't too similar in structure and have enough variation in terms of character motivation, conflict and emotion so as to avoid being repetitive. 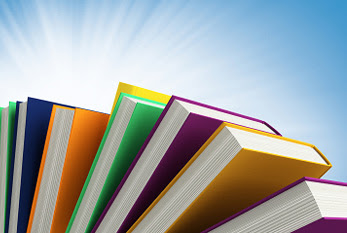 Does that mean later events aren't as important? Not at all. What you're doing then is establishing the consequences of the event. Even though you didn't show the event in real-time, it still happened, and thus you'll be dealing with the physical (e.g. exhausted, wobbly-legged) and emotional (e.g. euphoric, dejected) outcomes. It's only the actual happenings that are summarized; you'll still be taking your character through the physical and emotional ramifications, like dominoes. (Susan Dennard over at Publishing Crawl has a great post on the domino effect!)

And for an ending with good punch, a fully-developed scene featuring an event similar to the beginning's works wonderfully. Not only is this excellent story-telling symmetry, it also provides you with the opportunity to bring your characters' growth and development arcs to a wholesome close, starting with the simple contrast between your beginning and your ending. With a well-crafted ending that resonates with your story's beginning, you'll be that much closer to creating that fulfilling sense of closure that marks a truly good book.

What do you think? What guidelines do you follow when it comes to recurring events?